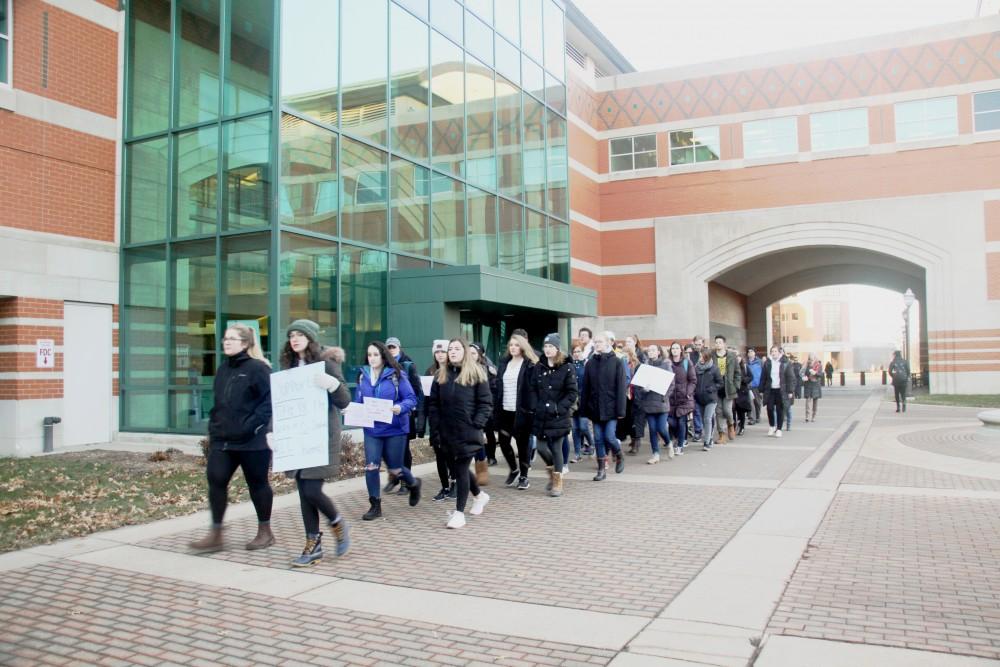 After five years, Grand Valley State University announced in a statement that it had finally resolved a complaint filed by the U.S. Department of Education’s Office for Civil Rights in 2014. The university and the complainant resolved the issue through mediation, formally resolving the complaint, according to the statement.

According to the statement, the resolution included improvements within the Title IX office, noting a reworked investigation process and hiring more staff. Staffing improvements over the past five years included a lead civil rights investigator, 11 co-investigators and the appointment of a full-time Title IX coordinator, Teresa Rowland.

“When the… complaint came in, Dwight Hamilton was the acting Title IX coordinator, but that was not his only role,” said Associate Vice President and Deputy General Counsel Pat Smith. “The fact that we now have (someone) with that full job responsibility in this work is a major change.”

In the statement, the university also expressed its regret in the delay in achieving a formal resolution. Additionally, it acknowledged that the complaint highlighted areas the university could improve, offering its appreciation.

While the university intended to resolve the complaint shortly after it’s surfacing, a series of delays associated with a national uptick in complaints caused GVSU’s turn at mediation to be pushed back, Smith said. The length of this investigation has motivated the office to seek quicker resolutions, while also bolstering their staff and sanction process, Rowland said.

“We have made an intentional effort early on to decrease the timeline for investigations so we are below 60 days,” Rowland said. “Another thing I want to highlight specific to Title IX and the investigatory work is we have a panel of experts, knowledgeable folks that review a case and will make a recommendation of sanctions to the Dean of Students Office. If we go beyond our office, we can talk about prevention efforts, a dedicated, full-time victim advocate as well, so there have been a lot of changes.

The incident in question revolved around GVSU’s handling of a sexual assault case, with the formal complaint being filed October 2014.

Chittenden said that the staff she worked with implied that the fact that she didn’t want to see the sanctioned student during the trial promoted a lesser punishment. Chittenden filled a complaint, which was then followed by a university-wide review by the Office for Civil Rights, of which GVSU was one of 80 universities involved.

In an attempt to remedy the complaint, Smith said the university quickly began to update its policies based on work done prior to the incident, despite the complaint being formally unresolved at the time. The Lanthorn reported that Chittenden’s perpetrator was tried by existing policies at the time of the incident, but an interim policy was put into place the following November.

The policy has changed greatly between 2014 and 2019, Rowland said. One highlight is creating opportunities for students to approach their incidents in a way that feels comfortable to them.

While one student may utilize on-campus tools to file a police report, others may feel they just need counseling services. Rowland said this system is supported by the improved staffing in the Title IX office and within the incident investigation team.

“I think we can owe a lot of our changes and efforts of moving forward and expanding our services, strengthening our policies, our procedures, obtaining the expertise we’ve brought to campus as a result of this.”

The Lanthorn has reached out to the Office for Civil Rights to review documents related to the complaint.