Ring of Fire at the GR Civic Theatre 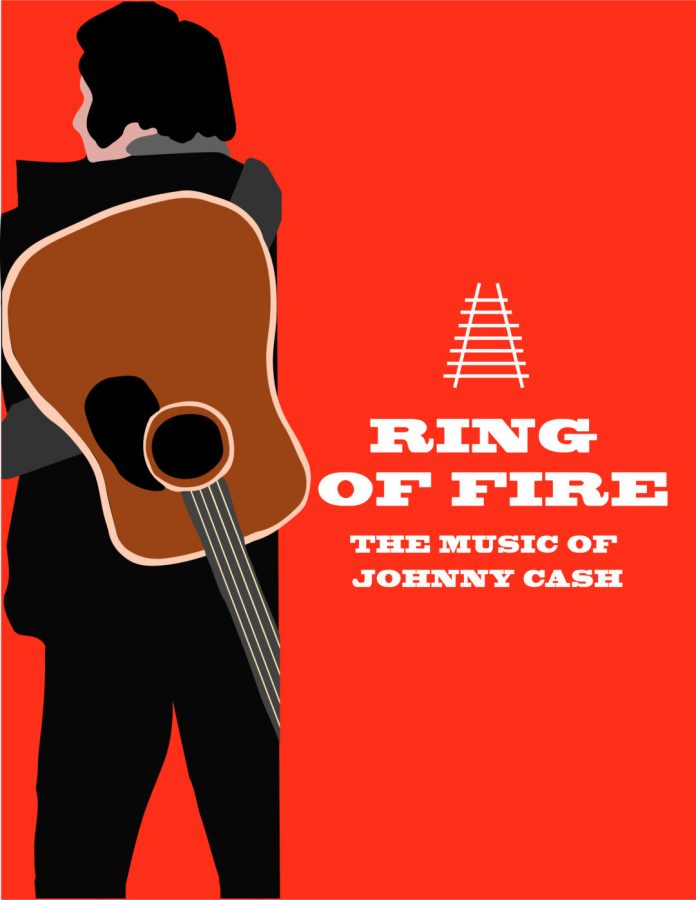 From Sept. 13-19, the Grand Rapids Civic Theatre will be opening their 94th season with “Ring of Fire: the Music of Johnny Cash”.

Described by director Bruce Tinker in one word as “elixir,” the production will showcase the life and music of Johnny Cash and the people in his world through a talented cast of eight.

Last season, Tinker had the opportunity to direct both of the Grand Rapids Civic Theatre’s productions of “Mamma Mia” and “And Then There Were None.” This season, Tinker said that he is most looking forward to “continuing to build on Civic Theatre’s 94 year legacy of quality live theatre experience, entertainment and education.”

“Ring of Fire’s” number of cast members and the unique storyline is what sealed the deal on the show’s spot as the season opener.

“We wanted a small-cast musical that provided perspective and commentary on our world that hadn’t been produced in the area,” Tinker said. “With a cast of eight sharing the story of Johnny Cash and his music, ‘Ring of Fire’ is an ideal choice.”

Being part of the “Ring of Fire’s” production has helped Tinker realize the importance of some aspects of his childhood.

“I spent part of my childhood in Nashville,” Tinker said. “We lived two miles from the Cash residence in Hendersonville and I was introduced to theatre at Nashville Children’s Theatre. The memories of this music have brought back many experiences I didn’t realize were so important to the history of my life.”

Aside from Tinker as director, “Ring of Fire’s” production team consists of Scott Patrick Bell as the Music Director and Christopher Carnevale as the Choreographer and Assistant Director.

In total, “Ring of Fire” will have a design and production team of ten, a directing, musical directing and choreography team of three and approximately nine members on a running crew. When referencing the production team in its entirety, Tinker noted that “it is virtually impossible to have a musical without all of those components.”

The process of selecting the small cast of eight was “a really great experience,” Tinker said.

“(The audition process) strongly encouraged the cast to play instruments as part of the action,” he said. “We had some really great musicians come in and share.”

Tinker hopes that “with any luck” there will be “too many (audience members) to count.” He is most looking forward to the audience seeing “this incredibly talented cast taking on the trials, tribulations and triumphs embedded in every song.”

Tickets for “Ring of Fire” have been on sale since Aug. 21, and the Grand Rapids Civic Theatre has a variety of shows lined up for the rest of the season. The second show of the season will be “Frozen Jr,” followed by “Elf the Musical.”