Beyond the presidency: Mantella the person 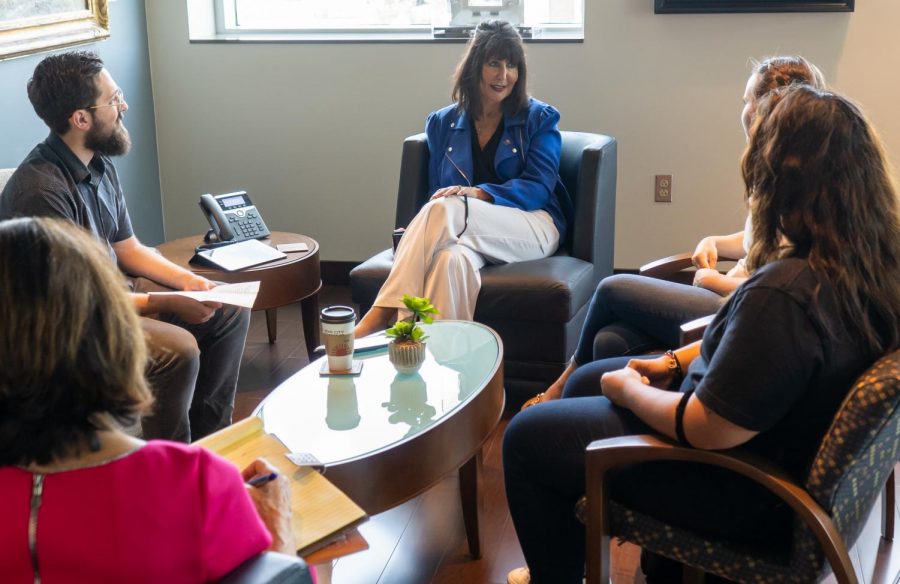 As president Mantella makes strides to better become familiar with GVSU, she also wants to share more of herself with its community to build a connection.

What helps her to do that every day? Getting up early in the morning.

“The day starts very early for me – usually with a workout of some sort to get my blood flowing and my brain flowing,” Mantella said. “Then I usually write best in the morning, so I usually get some work done… It’s usually pretty active during the day in terms of this week, it’s been from college meeting to student meeting to meet and greets to walking the halls campus to campus, two or three locations in every different day.”

To keep a finger on GVSU’s pulse, Mantella said she’s been trying to meet as many people as she can. She’s also been active on Twitter (@PhillyGVPres), which she hopes to use to keep in touch with the community.

The feeling of having to learn how a community acts is new to Mantella. At Northeastern University in Boston, she said she had her family with her, knew nearly everyone and felt integrated at the university. She said it has felt foreign at times, but her daringness to drop everything and lead GVSU has paid off.

“If you can, imagine putting your GPS on to go anywhere and then you’re leading a place that doesn’t fully know you and you don’t fully know it,” Mantella said. “It’s a really different kind of feeling.”

Since her move, the presidential family is only half complete. Mantella said her mother made the initial move with her to Michigan, but she’s still waiting on two key family members to arrive: her husband, Bob, and her dog, Lily, who students can expect to see around campus.

Outside of her office, Mantella said she’s passionate about working out, kickboxing, cycling and taking time to relax in the mornings. Being with her family is also an important part of her life.

Looking into the year, Mantella said her first-year bucket list is a long one. It includes attending the first football game, seeing the marching band come together, speaking at Commencement and spending more time on campus as the seasons change.