Allendale listed as most expensive city for renters 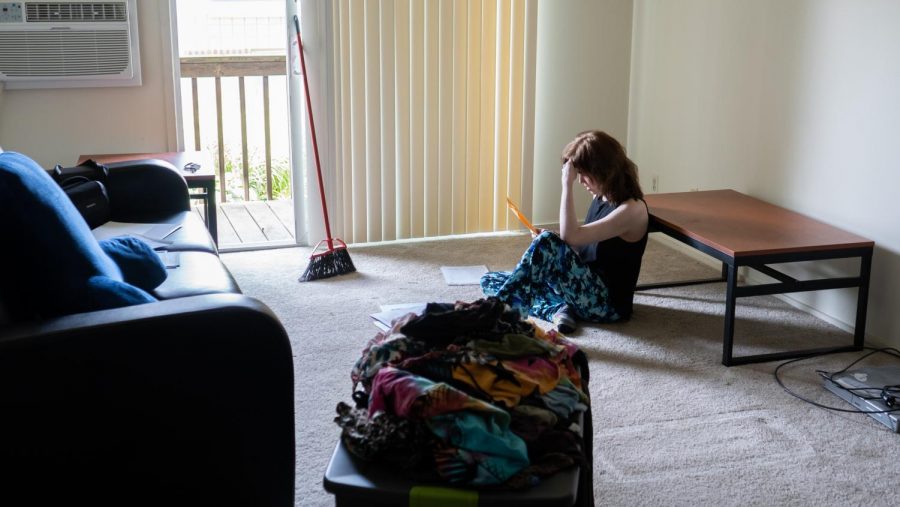 Each semester, Grand Valley State University students shell out hundreds for off-campus housing. A report by RentCafe, an online apartment search, found that Allendale’s status as a college town costs students more for rent — in fact, Allendale is one of the most expensive towns for Michigan renters, coming in at an average rent of $1,580 per month.

While high rents are expected in cities like East Lansing and Ann Arbor, the report’s results are unsual given that Allendale is nestled in a quiet part of west Michigan.

But it’s not the city that dictates housing costs ­— it’s the apartment complexes.

“The quality and size of apartments are among the main price drivers in Allendale,” said RentCafe spokesperson Nicky Iudean.

Based on the July report, Kalamazoo’s average rent falls at $918 per month, East Lansing evens out at $1,299 and Ann Arbor comes in close behind Allendale at $1,567.

Allendale’s rent even tops that of Grand Rapids, which is an average of $1,050 per month. With proximity to campus, high-end apartments and amenities like basketball courts, pools and regular community events, students ultimately pay more. Many apartments in Allendale also draw renters in with pet-friendly policies.

While other towns boast lower rental rates, Allendale offers students more high-end options and opportunities for shared apartments. Allendale’s percentage of luxury apartments tops the list at 82 percent of off-campus housing, while the next highest is Rochester Hills at 61 percent, according to data provided by RentCafe. Allendale also features 97 percent of its apartments being labeled for student use in “multifamily stock,” whereas Rochester Hills has 0 percent under that category.

In addition, 77 percent of Allendale apartments offer more than three bedrooms, while East Lansing comes in second at 25 percent — a 52 percent difference between them. A majority of Allendale’s off-campus housing is a townhouse-style intended for four people, accounting for the gap in room numbers between college towns.

Beyond amenities and location, the square footage of apartments ties into higher rent. Allendale apartments are an average of 1,401 square feet, while housing in Kalamazoo averages at 978 square feet and Ann Arbor at 879 square feet. Since Ann Arbor and Allendale have similar average rents, GVSU students appear to get more bang for their buck in terms of square foot per dollar.

With larger, high-end apartments, the expensive rent seems justified. In an interview with the Grand Rapids Business Journal, Iudean explained that rent in Allendale is not as expensive as it seems considering that many apartments are shared by students. However, many off-campus housing options near GVSU’s campus employ individual leases to protect renters from spiked expenses in the event of a roommate moving out. Because of this, some students each pay the listed price for the apartment instead of splitting it evenly like other non-student apartment complexes.

Allendale’s off-campus housing continues to be unique from other college towns, offering high-end, townhouse-style living along with a convenient location — but the price tag as Michigan’s most expensive city for renters may be overcharging students.