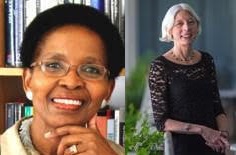 In 1975, the Great Lakes History conference was established by the history faculty at Grand Valley State University. Forty four years later, GVSU’s history department still hosts this annual conference with a focus on the collaboration of research and the cultivation of interdisciplinary work. This year, the conference is being held Sept. 20 and 21, and is titled “Gender & Trauma: Material, Methods, Media.”

“The topic gender and trauma really has an interdisciplinary component to it,” said GVSU history professor and conference co-organizer Jason Crouthamel. “Historians do work on this, colleagues from women and gender studies and colleagues from psychology do work on gender and trauma and culture studies – so we invited people from different fields to take part in this.”

Crouthamel said the conference is designed for the history department to connect with other university departments and the local community. However, the conference also has an international outreach, with scholars from Africa, Israel, Europe and different parts of America in attendance.

Gobodo-Madikizela is a professor and psychologist in South Africa, where she was also on the Truth and Reconciliation Commission. Her keynote address, titled “Trauma and Women’s Voice in Public Testimony: Presencing the Future Past,” will take place Friday at 5 p.m. in the Loosemore Auditorium.

“(Gobodo-Madikizela) specializes in helping families who are traumatized by war and genocide to reintegrate into society, but also – and this is one of the most interesting features of her work – to confront and reconcile with perpetrators of violence,” Crouthamel said. “For that reason, she’s internationally known.”

Herzog, a professor at the Graduate Center, City University, will present her address, “Sexual Violence and the Nazi Holocaust,” on Saturday at 11:15 a.m. in the Eberhard Center multipurpose room.

“It has taken more than half a century for scholars to take this fraught topic seriously,” Herzog said. “When it comes to the history of Nazism and the Holocaust, even more than 70 years later there continues to be great potential for fresh insights. As the present evolves, so do the questions we need to pose to the past. What history can help us comprehend, in this instance, is how people can become capable of doing horrific things.”

Along with the keynote talks, the conference will include a variety of panels and workshops. A screening of the documentary “Shades of Truth: Female Perpetrators of the Rwandan Genocide” will be shown Saturday at 9 a.m.

Additionally, the conference will feature Reacting to the Past (RTTP) sessions organized by GVSU French Professors David Eick and Janel Pettes Guikema.

RTTP is a method of learning through complex role-playing games, a method used in universities nation-wide.

According to the conference website, “Students are assigned roles with victory objectives: in order to ‘win,’ they must write copiously, speak persuasively, read closely, collaborate, solve problems and take creative initiative. RTTP promotes engagement, deep learning and the honing of general education skills.”

Through the keynote talks, panel discussions and RTTP sessions, Crouthamel hopes dialogue will be sparked about traumas of the past and their connection to contemporary society. In fact, Crouthamel said that the inspiration for this year’s conference was largely based on contemporary culture and matters such as the Me Too movement.

“I hope (attendees) have conversations that bridge the specialized topics they are engaged in and hear about to our own contemporary world,” Crouthamel said. “The problem we have as scholars in academia is that we sit in our offices and work on our books and such, but we don’t always know the impact and relevance of our work on a broader audience.”

The 2019 Great Lakes History Conference, which is co-organized by Crouthamel (Grand Valley State University), Julia B. Köhne (Humboldt University in Berlin), Peter Leese (University of Copenhagen) and Ville Kivimaki (Tampere University, Finland), allows scholars to share their work with a wider audience and to bridge the gap between the university and the public.