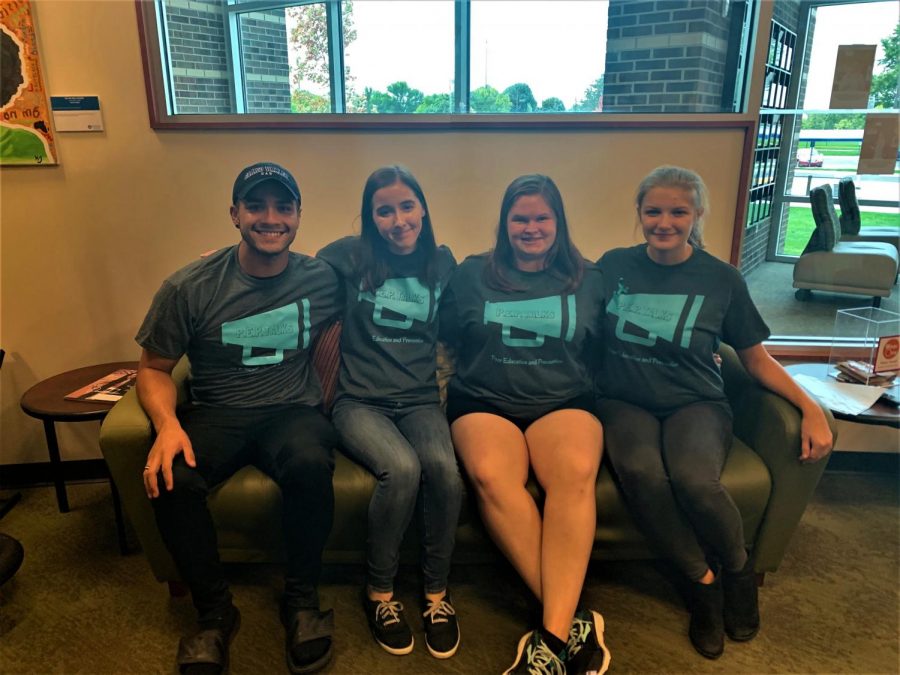 Every 73 seconds an American is sexually assaulted, while only five out of 1,000 perpetrators will end up in prison. Sexual assault is widely seen on college campuses across the world.

Grand Valley State University is endeavoring to address this issue with Pure Education and Prevention (P.E.P.) Talks, which focuses on spreading awareness on how to be an active bystander. Their P.E.P. Talks program will be held Friday, Oct. 11, from 12-1:30 p.m. in the Kirkhof Center room 2259.

The program will show students how to be an active bystander if they ever witness sexual assault or domestic violence. There will also be engaging activities for students to partake in, such as possible real-life scenarios. Attendees will also discuss within their groups how to respond as an active bystander.

“They will split off in groups and discuss examples from the sexual violence spectrum and talk about where on the scale they fall,” Cubberly said. “They will discuss small issues on one side of the spectrum such as cat calling, all the way to the other side such as rape.”

About 80 percent of sexual assaults are perpetrated by someone the victim knows, but the main issue on a college campus is that the majority of perpetrators remain undetected. Many people don’t report sexual assault, due to the intense level of trauma they have faced and not wanting the word out about it having happened to them. There are 70-90% of college dating couples that experience psychological aggression, and one in four women experience relationship abuse in their lifetimes.

“The best way to intervene would be with others and farther away from the situation,” Cubberly said. “For example if you saw something happening and are worried about your own safety, you can call the police.”

Organizations, professors and departments across GVSU’s campus can request to have a program within their group setting. There are around 11 programs each semester — last year P.E.P. Talks educated over 600 GVSU students.

Sexual assault isn’t just an issue on college campuses. It has spread to many other environments in the community. P.E.P. Talks provides adequate information on this raw topic that is often difficult to talk about. This helps educate others so they can read certain signs and take action.

“It’s important to bring awareness to this topic because it’s one of those uncomfortable topics and people try to avoid talking about it,” Cubberly said. “This program helps bring awareness to the severity of these social problems that are occurring. It creates a positive spin where we are helping decrease what’s happening.”

All students are welcome to join P.E.P. Talks. They are encouraged to expand their knowledge and make a stance on their college campus by putting a halt to sexual assault.