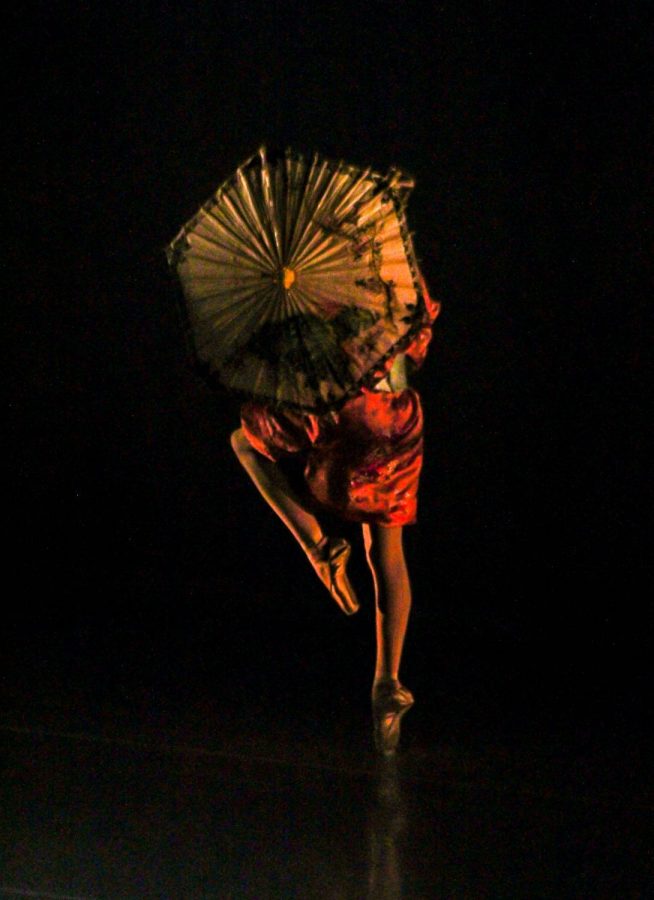 On Friday, Oct. 4 and Saturday, Oct. 5, Grand Valley State University’s Opera Theatre collaborated with the Grand Rapids Ballet School Junior Company and the GVSU Department of Visual and Media Arts to present Mother Goose and The Naughty Boy. The show began both nights at 7:30 p.m. at the Peter Martin Wege Theatre at the Grand Rapids Ballet, located down the street from Founders.

The show combined both children’s stories into one production. The story of Mother Goose being told through a short ballet with dancers from the Grand Rapids Ballet School Junior Company and the story of The Naughty Boy being told through a short opera that incorporated both dancers and singers. Both pieces are by the French composer Maurice Ravel, and the opera was sung in English.

For those unfamiliar, the story of Mother Goose is a collection of excerpts from classic fairy tales, as told through the imagination of children. “It celebrates wonder and creativity as the children watch the stories come to life from the pages of a storybook and in the end, fantasy meets reality in the fairy garden,” said GVSU Professor of music Dale Schriemer.

The story of The Naughty Boy, hence the name, tells the story of a boy with a tendency to misbehave. At the beginning of the opera, the boy throws a tantrum and destroys his room. His world is then transformed into the world of his imagination where inanimate objects come alive to confront the child about his bad behavior.

His room again transforms into a garden with singing plants and animals. The opera ends with the boy conducting a good deed, and the animals rejoicing in the boy’s newfound goodness in song.

Schreimer noted that none of this could have been done without Assistant Professor in the Department of Visual and Media Art Julie Goldstein. Goldstein created the visual landscape for both the ballet and the opera.

Her creation “takes the visual from the literal stage setting to a world of fantasy and make-believe,” Schriemer said. He added that it makes for “a very rich visual experience.”

The collaboration aspect of this performance is nothing new for GVSU Opera Theatre or Grand Rapids Ballet School Junior Company, as they have been collaborating for similar projects since 2013.  Assistant Director of Grand Rapids Ballet School Junior Company, Attila Mosolygo, and the GVSU Opera Theatre have also put on Amahl and the Night Visitors in 2013, The Magic Flute in 2014, Dido and Anneas in 2015, and Masquerade in 2018.

Schriemer finds collaborations like these to be a part of modern culture. “I am motivated to do projects that include singers and dancers because we learn from each other and audiences enjoy the mixture of dance, music, singing and 3D projections,” he said.

Schriemer is encouraging of GVSU student performers to have these kinds of experiences because “it is the future of performing arts.”