Cory Wade Hindorff to give LGBTQ talk on campus 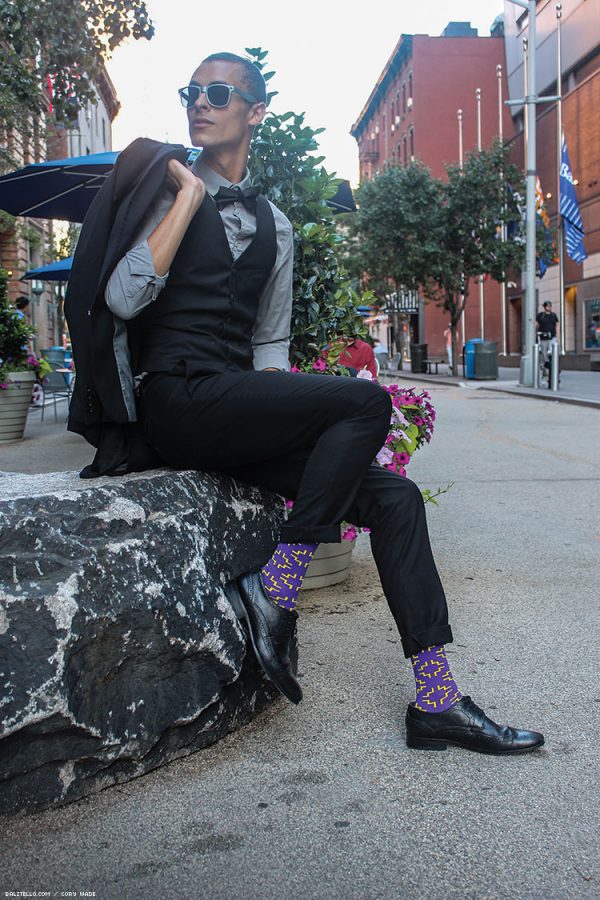 Wade promoting one of his business partnerships. COURTESY / Balitello

What better way to support the student community on Grand Valley State University’s campus than to invite a renowned speaker and advocate for equality and self-expression? Campus Activities Board (CAB) is set to present Cory Wade Hindorff, who will be coming to campus Oct. 15.

Hindorff is known for many things, one being his inclusion in “America’s Next Top Model” as the first openly gay contestant. His work as a model has opened doors for public discussion on what it means to be a man or a woman, and how being one or the other is never that simple.

One significant business partnership is with Balitello, with whom a custom-made pair of socks was created in order to raise money to fund charitable causes within the LGBTQ community. Music has also played a part in his career, and he has even released a debut album, “UNIFY,” in 2017. As he has become more widely known, Hindorff’s influence as a speaker for the LGBTQ+ community has expanded into that of a role-model and activist for inclusion, equality and human understanding.

At 8 p.m. in the Kirkhof Center Pere Marquette Room, students have the chance to join a campus-wide discussion with Hindorff. He has been known to speak out about the LGBTQ community, self-love and being who you want to be regardless of gender and sexuality stereotypes.

In a world that sometimes forgets the humanity in becoming someone that you, the individual, can be proud of, this type of focus will bring students closer together through a sense of unity within the freedom of diversity.

This style of event is a brand new addition to the line-up of events this fall, one that is designed to open up discussion within the GVSU community.

“We wanted to focus on our goal of promoting and providing more inclusive events that showcase different campus cultures,” said Angela Polanco, CAB director of multicultural affairs. “Having Cory Wade here on campus will positively influence students by bringing awareness and attention to the LGBTQ+ community on campus.”

On Tuesday, feel free to bring your friends along to an event that will be inspiring, just as much as educational for everyone who attends. The importance of self-expression is unequivocally essential to any community, and discussion around it for GVSU students will pave the way for a more inclusive community based on acceptance and support for everyone.