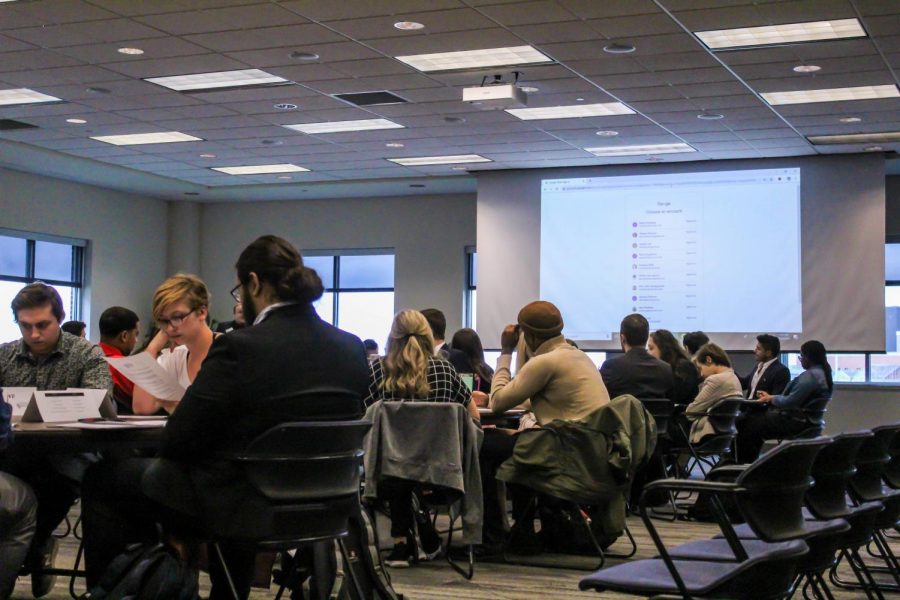 At the start of the 2019-20 academic year, Grand Valley State University’s Student Senate voted to remove the Pledge of Allegiance from its general assembly agenda, a change over last year’s standard agenda. As a group that represents a large, diverse body of students, some senators felt that the Pledge of Allegiance is non-inclusive to Lakers who are not American citizens. Further, President Eric-John Szczepaniak said the recital of the Pledge isn’t required in the senate bylaws.

However, at the Sept. 26 general assembly meeting, Senator Dorian Thompson, who missed the prior meeting when the decision against the Pledge was made, brought up the issue and put his support behind reinstating the Pledge. Thompson said the omission of the Pledge was “disgraceful,” and that the support for the federal government shows respect to the federal funding GVSU receives. His comments sparked a heated discussion that eventually ended without agreement.

At the next general assembly meeting on Oct. 3, the discussion was refueled, with Thompson bringing up a motion to add the Pledge of Allegiance back to all future agendas. Following debate, the body voted 21-14 to reinstate it moving forward.

While the majority of senators voted in favor of the Pledge, some Lakers still feel it is an inappropriate representation. A GVSU student and 7th grade teacher spoke out against the implementation of the Pledge during public comment at the Oct. 10 meeting.

“It has come to my attention that before the meeting or during the meeting, the Pledge of Allegiance is being said. I have a few qualms with that as a teacher,” she said.

Additionally, the student teacher emphasized the need to provide students with an inclusive, safe environment to grow. She said that when the Pledge becomes an everyday occurrence, it creates otherness for students who aren’t American or who do not believe in one god. With this religious aspect in mind, she said there needs to be a separation between church and state in schools, and especially in student governments.

While the Pledge of Allegiance may seem like a minor issue to some, it is one that is continually being discussed by Senate. Those who have strong feelings about its implementation in Senate meetings can discuss their point of view during public comment at future general assembly meetings. These meetings are held every Thursday at 4:30 p.m.