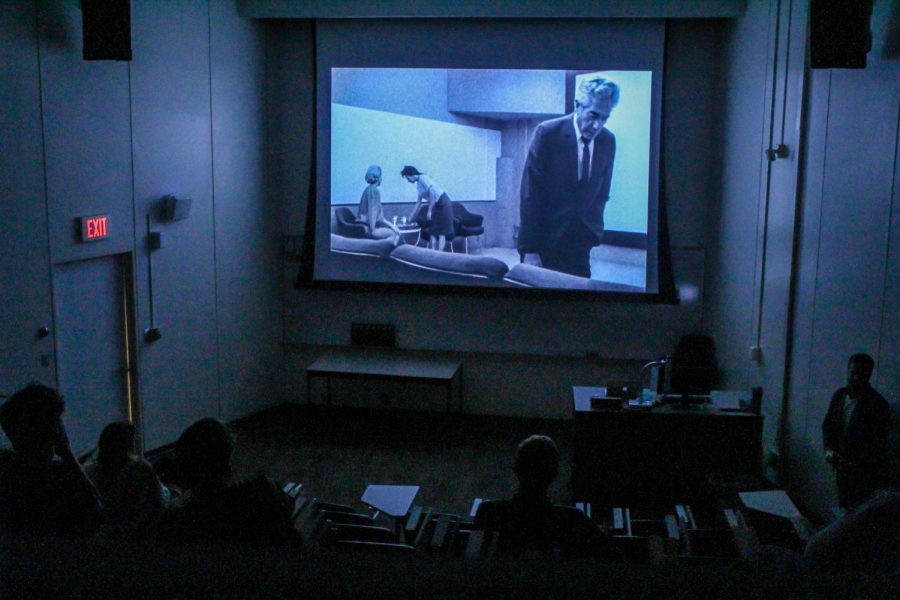 A film professor and students took the initiative to introduce a new film series to Grand Valley State University’s campus. The new series, Cinespace, features a variety of films screened on Wednesdays at 6:30 p.m. in Lake Superior Hall.

GVSU film and video professor Spencer Everhart teamed up with film and video students Griffin Sheridan and Eric Peck to provide a film series that includes films catering to a range of interests and areas of study.

Everhart is a GVSU alumnus of the film and video program and is currently in his second year as a visiting professor on campus. He said the film series is something he has been wanting to start up since his first year instructing. The idea to have a program that brings students within the major was inspired by the psychology department’s film series that he helped with as an undergrad.

“Having a regular event every week that students can come to when they are available is something that should be part of the culture of the film program on campus,” Everhart said.

Since the film major is fairly small compared to other areas of study of campus, students within the major often find themselves connecting through classes and student organizations. Cinespace is another way for students to meet and network with other film and video students.

After picking through an extensive list of films which he deemed worthy of student’s attention, Everhart chose 10 films that varied in era, genre and style to feature in the first semester of Cinespace.

John Cassavetes’ independent film “Faces” was shown at Cinespace on Wednesday, Oct. 16. Everhart said his goal is to include at least one independent film in each series because it gives students an example of what a director is able to do with minimal resources and money.

While Cinespace is beneficial to film students educationally and socially, Everhart emphasizes that students from any major are welcome to come and enjoy the film and discussion afterward.

Sheridan and Peck assisted Everhart in establishing Cinespace as a campus event by helping him brainstorm ideas, gauge student interest and promote the series to other departments and groups on campus which potentially have an interest in the films. Sheridan keeps up Cinespace’s social media presence by running an Instagram account for the series.

“(The discussion element is) a great way to sit down and figure out why a piece worked for you or didn’t work for you,” Sheridan said.

After each screening, Everhart and the students in attendance partake in about a 20 to 30 minute open-ended discussion about their thoughts on the film.  This gives students an opportunity to not only express the impression the film made on them, but it expands their understanding of the themes present. While Everhart encouraged students to share their thoughts on the movie, he said it is not required that students participate, or even stay for the discussion afterward.

“It is up to you to get the experience that you want to have,” Everhart said.

Everhart plans on continuing Cinespace onto the winter semester. His goal is to provide a space for students with a shared love of film to connect through analysis and discussion in a semiformal and voluntary environment.