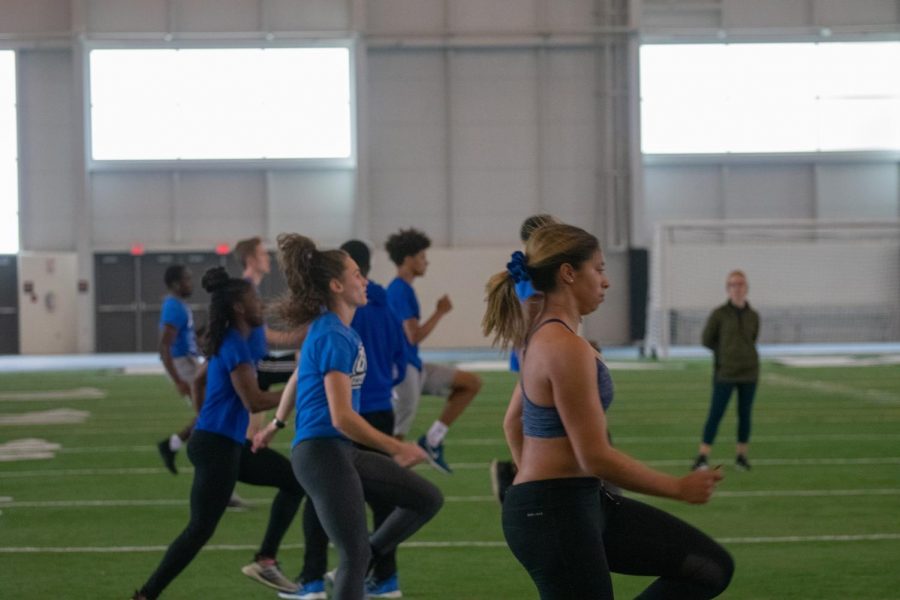 This weekend, both the Grand Valley State men’s and women’s cross country teams took first place overall in Westville, Indiana at the Great Lakes Intercollegiate Athletic Conference (GLIAC). The event took place Saturday, Oct. 26, hosted by Purdue Northwest, where the women’s 6k was an easy win with a total of 17 points, and the men’s team won with 44 points.

Senior leader Alli Ludge took first place on the women’s side, with a time of 21.23.6, followed by senior Hanna Groeber, freshman Klaudia O’Malley and junior Madison Goen in that order. The Laker women secured all four spots at the front of the race with four more GVSU women running closely behind them.

On the men’s side, sophomore Tanner Chada placed first in the men’s 8k with a time of 23.55.7. Junior Dennis Mbuta finished in 7th, and a few of his teammates placed in the 11-15 range right behind him. Both races were a success for the Lakers, but there is only two short weeks ahead to prepare for the upcoming GLIAC Regional Championships.

“In two weeks at the Regional, we’ll try to run a little more conservatively,” said GVSU coach Jerry Baltes. “Just try to keep it controlled so we come out healthy and get in one more hard workout the next week as we head to the in-state championships.”

As far as their competition goes, the ladies are up against Michigan Tech and Saginaw who are showing off a few of their best runners. Baltes said he is optimistic about their preparation for the next two weeks and believes the women are going to be able to take another championship away despite their tough competition.

The men, having only one national championship win last season, are expecting to run to their best ability on the day of the championship in four weeks, and work as hard as they can for another win this year.

In regards to the men’s race during the National Championships, Baltes is confident in his guys after this week’s races.

“Anything can happen on the day, there’s a couple of really good teams,” Baltes said. “I feel our men competed very well today. Michigan Tech was only behind us by four points at the Michigan State meet and we beat them by 14 today. They did what they needed to do to come out on top.”

In preparation for the next two weeks, they plan on getting one more really hard workout in before regionals and keeping up with their regular schedule. The Cross Country team will be competing for the GLIAC Regional title Saturday, Nov. 9 at Evansville, Indiana.