Letter to the Editor: It is time for the Board of Trustees to truly open their doors 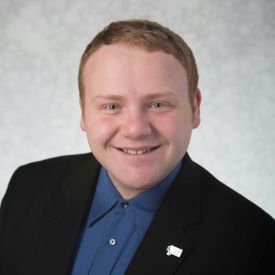 It is time for the Board to follow the Open Meetings Act of 1976. There are 10,000 public bodies in the State of Michigan. All of them abide by the same rules except for 13. Those 13 are the boards of the public higher education institutions in this state.

The main point at hand is how the Board of Trustees handles public comment. At the Student Senate, we always put a place on the agenda to allow anyone in attendance to address the Student Senate with their concerns. All public bodies, except the public universities’ boards, must have this same requirement, and for good reason. What this does is ensures that the public is able to state their opinion on any decision that any board faces.

Here at GVSU, and at many other Michigan public universities, the Board of Trustees does not operate in a way conducive to hearing free thought and differing opinions. Yes, we should always assume positive intent about the folks working here at GVSU. I believe that everyone, from the Trustees to the students, wants what is best for this institution. However, we do not exist in silos and we, the Student Senate, speaking on behalf of our fellow students, believe that more voices makes for better decision making.

This is not a new phenomena for Grand Valley.

Back in 1973, the Lanthorn editorial team criticized the Board of Control for defending their closed door sessions by calling these closed sessions just “an extension of board homework.” As the Lanthorn editorial team notes, “It is a fine day in Allendale when the policy-making division of this institution takes care of its homework before it faces the ‘real world.’ But when the real world amounts to nothing more than protocol, someone is being short-changed. And in this instance the public is the someone.”

It is about the belief that those in charge can figure out who is worthy of getting an audience with their Board. That is not the way it should be.

On November 1st, President Mantella will issue her formal recommendation to the Board of Trustees to change BoT 3.9 Opportunity to be heard. This policy, as it stands today, requires that individuals request to speak five (5) days prior to a meeting and identify the topic on which they would like to speak. Then it is subject to the approval of the University President and Board Chair to determine if they are allowed to speak.

The President’s recommendation includes getting rid of the approval process so that anyone that puts in a request is able to speak, regardless of content. It also includes lowering the time to two (2) days in advance of a meeting. While this recommendation is made in good faith and does reflect the fact that the current policy is not conducive to public input, this recommendation does not go far enough.

Anyone who attends the Board of Trustees meetings should have the right to speak without having to register in advance. These are public officials deserving of public oversight. Student Senate passed a resolution in March requesting that a time for public comment be added to every agenda of the Board of Trustees. This is the standard for all other public bodies.

The current policy and the new proposal both require anyone wishing to speak to have institutional knowledge in order to talk to this public board. When I requested to speak in April of 2019, I was the first person to do so in six years. People that are not aware of this policy should not be barred from participating.

The Board of Trustees spends dollars provided by all 10 million of Michigan’s taxpayers and the tuition dollars that you and I provide. In a democracy, all people should be afforded the right to talk to the individuals in charge of allocating resources. Boards should not set policies that inhibit anyone from being involved in their government.

I ran for President of the Student Senate in April, just before the April meeting of the Board of Trustees. I feel passionate about this topic and decided to request to speak to the Board before the five day window closed. I had the real fear that if I lost the election, then the trustees would decide that I should not be allowed to address them. I am aware that I hold a position of power and privilege in this seat and I now choose to wield it so that others are able to express their own opinions to the Board in the near future. I am charged with representing all students. However, I know that you are your best advocate. You deserve your own seat at the table.

This new policy will continue to keep many people from addressing the Board. This debate is about the belief that those in charge can figure out who is worthy of getting an audience. Only those that know about this process will know that they have to put in a request to speak two days in advance. You never have to do that at your school board or city council meeting.

This is not the way it should be.