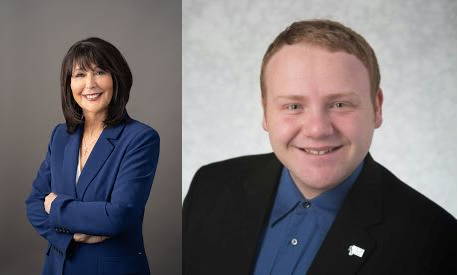 It’s time to lay everything on the table regarding the news surrounding issues with the Board of Trustees’ public comment policy. The Lanthorn believes that the best way to harbor a conversation on this is to let both the university and the opposition speak for themselves so that students hear their thoughts straight from the source.

As previously reported, Student Senate President Eric-John Szczepaniak filed a police report against Grand Valley State University’s Board of Trustees for not adhering to the Open Meetings Act. He said that Student Senate’s gripe with the university was present the year before, when former Student Body President Rachel Jenkin spoke of similar concerns with administrators.

On the side of the university, President Philomena Mantella created a formal recommendation with aims to reduce the number of days in advance that speakers must request to speak from five to two. She also suggested to remove the clause requiring her potentially subjective approval.

With both parties aiming to best represent the campus community, they’re each proposing their own solutions to the public. In this issue of the Lanthorn, we invite readers to see both sides and make up their mind. We’ll be covering any conversations on the topic during the Board of Trustees’ next meeting on Nov. 1 and beyond.