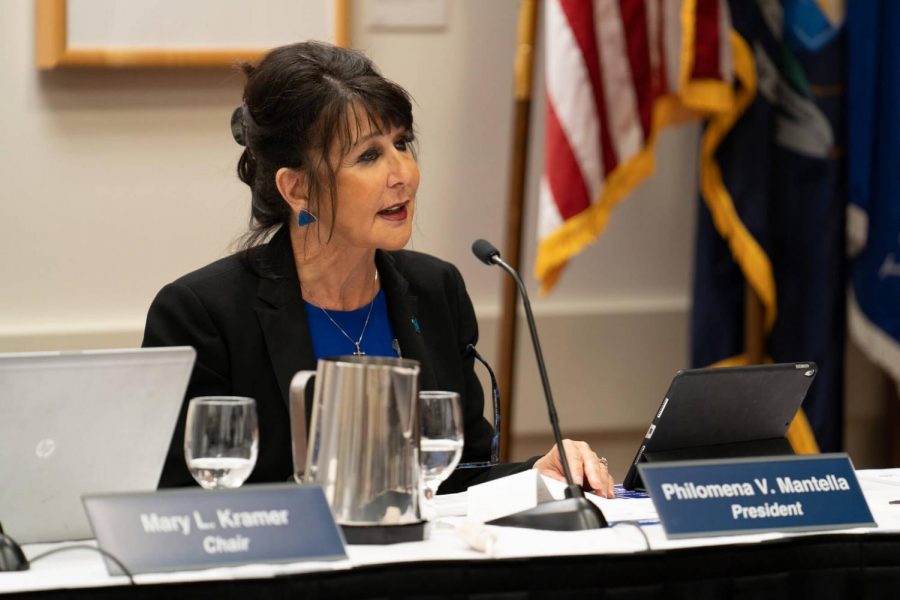 During the Board of Trustees’ quarterly meeting Nov. 1, members took action on concerns regarding public comment policies. The board followed President Philomena Mantella’s recommendation to reduce requests for comment from five days prior to meetings to two days. Additionally, the policy removed the requirement for the president or board chair’s approval for each speaker.

This decision follows Student Senate’s call for the Board of Trustees to eliminate any waiting period for public comment, challenging the previous policy.

The Board of Trustees also voted to approve the expansion and remodeling of the Simulation Center, which is housed within the Cook-DeVos Center for Health Sciences. Set to be completed August 2021 with a budget of $5.5 million, the project aims to support increased demand for programs that use simulation technologies.

The $5.5 million will come out of the Campus Development Fund. The approved proposal also selected Fishbeck, Thompson, Carr & Huber, Inc. to do the required engineering and architectural work on the project.

Renovations will also be coming to Mackinaw and Manitou Halls, as the Board of Trustees approved Integrated Design Solutions to enact $4.3 million in renovations, with the funds also coming from the Campus Development Fund.  The Board also approved additional contracts as needed to complete the project.

The renovations are set to be complete August 2020. Included in proposed updates is a revamp to three air handling units, which all exceeded their service life. Changes to three classrooms will also be made.

The report also compared financial aid from the 2018-2019 expenditures and the 2019-2020 approved budget. Between the two, the percentage of students who received any form of financial aid increased from 90 percent to 91 percent.

Regarding administrative affairs, Vice President for University Relations Matt McLogan was voted secretary to the Board of Trustees.

The Board of Trustees also approved new directors to the Grand Valley Foundation. Guillermo Cisneros, Michael Goorhouse and David Hooker were appointed as directors and Peter Secchia was named to the foundation’s advisory cabinet.

The Board of Trustees will meet again Friday, Feb. 7, 2020. For full meetings and minutes, visit gvsu.edu/boardoftrustees.