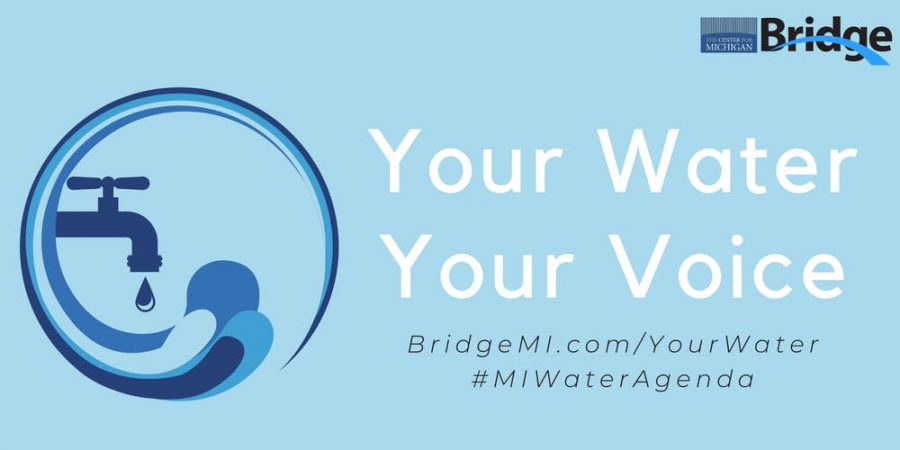 On Monday, Nov. 4, Grand Valley State University hosted a Community Collaborations event with the “Your Water, Your Voice” campaign and the Center for Michigan.

GVSU opted to host a community conversation on the economic activity associated with water. This town hall meeting was open to the public and was attended by many GVSU students and members of the community. Students and citizens alike contributed valuable input.

These community conversations are a part of the Center for Michigan’s “Your Water, Your Voice” campaign to capture the sentiments and thoughts of the Grand Rapids community. The Center for Michigan is a “nonpartisan think and do tank” that publishes Bridge Magazine, a public resource that reports on key issues affecting Michigan citizens.

Allie Schmidt from the Center for Michigan led the conversation with a presentation filled with participation from the audience. She discussed the center’s plan for the future and the Your Water, Your Voice campaign.

Clickers were distributed among the members of the audience to gather information in real time. As Schmidt spoke, participants were able to respond to the questions and prompts she gave.

The audience was also provided with the Center for Michigan’s Fall 2019 citizen’s guide to Michigan’s water systems and issues. They were able to reference the guide, called “Lake to Tap,” as background information before they pitched in and contributed with their responses to the polling and discussion prompts.

The Center for Michigan and Bridge Magazine is in the process of completing the Citizen’s Water Report, which will be distributed to every elected official in Michigan upon completion. Soon after, it will be available for access by the public.

“My goal was to provide an opportunity for the GVSU community and West Michigan community members to share their thoughts and opinions regarding the economic activity associated with our natural waters with a nonpartisan news and information sharing publication like Bridge Magazine,” said event coordinator Travus Burton.

More information about the Center for Michigan and the Your Water, Your Voice Campaign can be found at www.bridgemi.com. The center is still hosting events to discuss the campaign, with the next scheduled for Nov. 14.