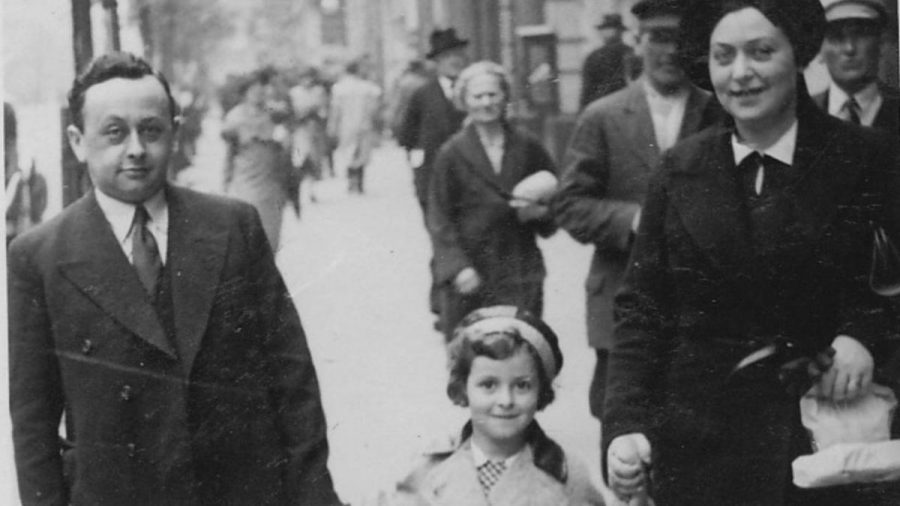 The hour-long film, which was released in 2013, is about Jewish children surviving the Holocaust by hiding among the Polish population. Marzynksi both directed and narrated the film.

GVSU Professor of English Rob Franciosi has been a fan of Marzynski’s documentary films for years, and shows two of them to his Honors College Holocaust class. About a year ago, he decided to contact Marzynski to organize a visit to the university.

The screening was supported by the Joseph Stevens Freedom Endowment which was established in 1990 to fund educational lectures with a special focus on the history of the Holocaust. Marzynski himself is a Holocaust survivor, and similarly to the stories presented in him film, he too was a hidden child.

Marzynski has a grand total of 33 films under his belt and won the Guggenheim Fellowship for Creative Arts, US & Canada in 1982.

There were about 125-140 people in attendance and throughout the screening, and Marzynski could be found walking among the audience to answer any questions and even ask some of his own. Franciosi noted that he did so in a “very warm and intimate fashion.”

“It’s one thing to see a film and then talk about it with its creator, but it’s far more compelling, I think, when the creator is also a presence in the film,” Fanciosi said.

The film allowed hidden children of the Holocaust to share their stories, while simultaneously allowing Marzynksi to speak on his past.

Franciosi said he found the audience to be particularly moved by “those scenes in which survivors in their 70s and 80s seemed to return to the emotions of being a child during those traumatic times.”

Marzynski commented on these scenes during the discussion of the screening.

“The older you get, the more frequently the child knocks on the door,” Marzynski said.

Franciosi had similar thoughts to the director.

“We too easily forget that older people have strong links to their childhoods,” Franciosi said.

After screening his film, Franciosi interviewed Marzynksi before conducting a Q&A with the audience.

“He is an 82-year-old man who is full of energy and great passion,” Franciosi said of Marzynski. “You do not interview him, per se, but rather get swept up and embraced via the force of his personality.”

Franciosi said that the greatest takeaway from the event would be to “pursue your passions.” He explained that nearly all of Marzynski’s films were made “on spec,” meaning without a clear contract or plan.

“He would get some seed money when he had a compelling idea and then just pursue it to wherever it took him,” Franciosi said.

Patrick Center of WGVU conducted a TV interview with Marzynksi while he was here in Grand Rapids. The interview is intended to air soon as a part of the Newsmaker Series.