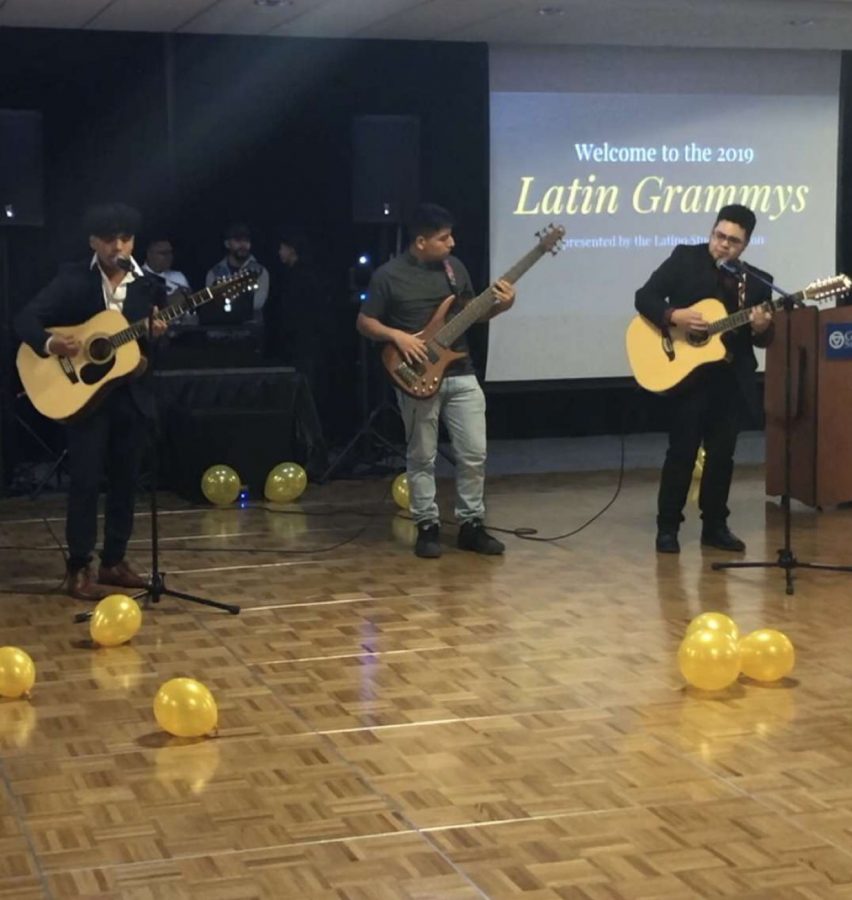 The Latino Student Union (LSU) hosted a Latin Grammy’s Dance Friday, Nov. 8 in celebration of Latin culture. The theme of this year’s dance was Latin Grammy’s, and celebrated Latinx performers who have made an impact on the music world. Members of  the LSU performed dressed up as Latinx celebrities that have won awards at the real Latin Grammy’s in the past.

LSU Secretary Gabriela Herrera said that the event is the LSU’s biggest celebration, with only one per semester.

“Music specifically in our culture plays such a large role in our everyday lives,” Herrera said. “It connects us from different walks of life and the event is meant to symbolize everyone coming together despite our differences out of joy for music.”

LSU President Jose Contreras and Vice President Elvia Mendez started off the night by welcoming guests and introducing the hosts for the night: Rebeca Barajas and Clara Bernal. Barajas then spoke about the history of the Latin Grammy’s.

Throughout the evening, there were performances by Andres Garcia, a reenactment of a real Latin Grammy Awards where students dressed up as celebrities and accepted the awards, and a dance performance by Nancy Roman. Categories for the awards included best Banda album, best urban song, best alternative song, and best Mexican-American album.

Throughout the awards show, members of the LSU performed as the celebrities they dressed up as, and sang along to the award winning songs in front of the audience. At the end of the awards show, attendees were invited onto the dance floor to continue celebrating Latin culture.