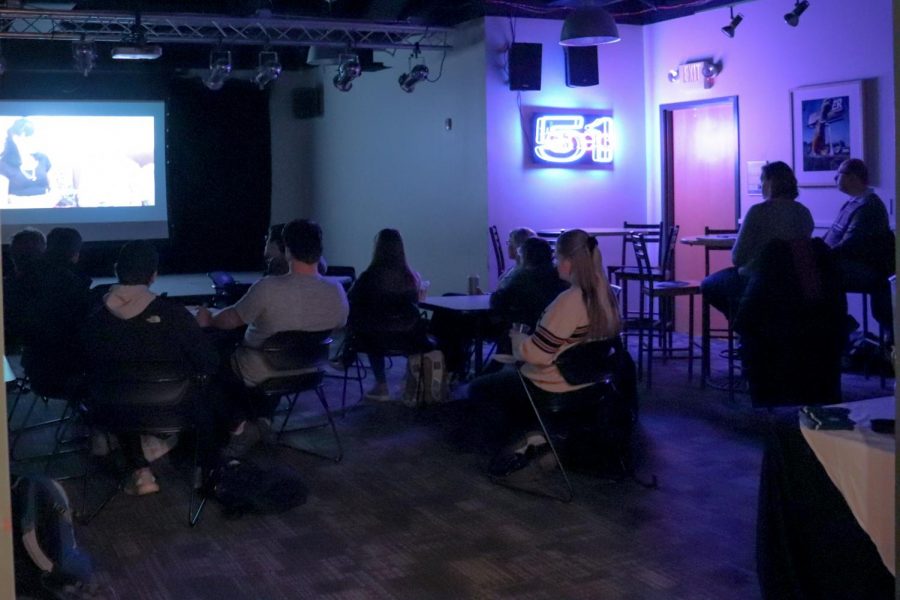 The Department of Modern Languages and Literatures and the Middle Eastern Studies Program held a film festival in Area 51 on Nov. 6 and 7 in the Kirkhof Center. Starting at 6 p.m. on Nov. 6, the film “Oray” was shown and on Thursday, Nov. 7, the festival showed “Between Allah and Me (And Everyone Else).”

The film festival focuses on Muslims living in the west. In “Oray,” there is a focus held on a man and his wife’s relationship struggles and the interpretation of the Quran. The documentary “Between Allah and me (And Everyone Else)” emphasizes the struggle of Western Muslims questioning whether or not to wear the veil.

Before the showing of the movie, there was an introduction put on by professor Majd Al-Mallah to give students a preface of what the movie entails before going into it. At the end, he held an open discussion in order to get student input and to explore the movie’s meaning in more depth.

The main character in the film “Oray” must explore the confrontation of his own identity struggles as well as his complex relationship issues with his wife. This takes place in Germany and focuses on a group of Turkish Muslims.

The film centralizes on him proclaiming the word “talaq” three times which is interpreted to mean divorce in the Quran. There is a huge question of the interpretation of Islamic law in this movie and what this means for them in modern times.

When asked why these movies were chosen, Al-Mallah said, “Typically the films focus on the Arab world and Middle East region, but this year the decision was to focus on Muslims in the West as a theme. At the beginning of the semester, we partnered with Aquinas College to host the director of the film ‘Oray,’ who visited campus in September. The film was shown at Aquinas at that time, but we wanted to give our students the opportunity to watch it here as well.”

At the end of the showing of the movies, there was an interactive discussion about the movies after its showing. There, it becomes an open board of discussion on the deeper analysis of the film: what it means to be Muslim in the West. Here, themes are explored such as maturity, questions of faith, interpretation of religious text and everyday issues faced by the Islamic community.