Nathan Bocks sworn in as new mayor of Holland 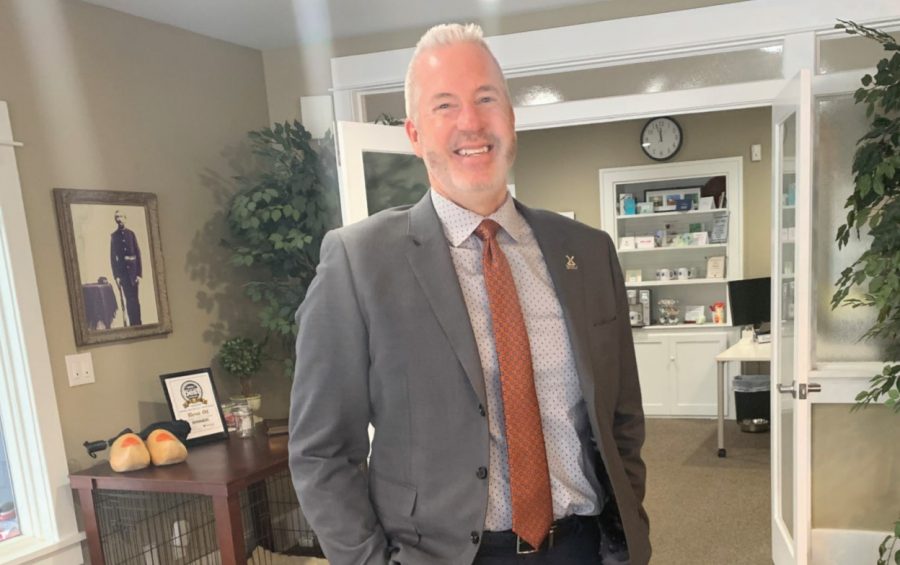 On Nov. 11, Holland’s new mayor Nathan Bocks was sworn into office. Bocks, a first-time elected official, defeated incumbent Nancy DeBoer by a vote of 3,839 to 3,349. The tight race turned negative when an outside group circulated mail and robocalls depicting Bocks as a socialist.

Bocks said he feels proud that Holland residents rejected the influence of dark money. He hopes to move past the incident and focus on three campaign priorities: housing, waterfront development and creating an inviting environment for all Holland residents.

“I want more people to feel welcome and belong in Holland than anywhere else,” Bocks said.

Bocks’ political ambitions began when he attended the West Coast Chamber leadership program. Program graduates set goals for how they want to make an impact, and Bocks made a commitment to one day become the mayor of Holland.

The campaign needed to wait. As a 32-year-old with two young children, Bocks decided to focus on raising his family.

Originally from Mount Pleasant, Bocks moved to Holland to attend Hope College, where he met his wife. Upon earning his law degree at Marquette University in Wisconsin, Bocks returned to Holland and opened a real estate law practice.

To get involved with his community, Bocks served on several nonprofit and municipal committees, including the Holland Board of Appeals, Lakeshore Habitat for Humanity Board and Tulip Time Board. As chair of the Civic Center board, Bocks launched a fundraising campaign and partnered with Holland’s city council to fund the Civic Center.

In 2018, Bocks felt confident that his experience serving in leadership positions had prepared him to follow through on his promise to run for office, and he announced his candidacy for mayor.

“I realized that I was doing 20 hours of volunteer work for the city per week on the Civic Center,” Bocks said. “That’s when a little light bulb went off in my head from 20 years ago, saying, ‘You’ve always wanted to be mayor of Holland. You now now have the time to do that, and the capacity in your law practice.’ This is a good window of time to do this.”

The biggest challenge on Bocks’ mind is housing. Ottawa County is the fastest growing county in Michigan. As more people move to Holland, the demand for affordable housing is outpacing the available supply.

As a real-estate lawyer, Bocks wants to streamline the development application, so that developers build homes in Holland instead of nearby townships.

Bocks said that public transportation needs to be part of the housing solution as more Ottawa County residents commute into Holland for work.

“I like problem solving, seeing projects come to fruition,” Bocks said. “In the short time I’ve been mayor, that’s been incredibly satisfying.”

The Waterfront Holland initiative plans to develop the area located between downtown Holland and the waterfront. The initiative is currently in its visioning process, and it seeks public input.

Bocks said he aims to create a framework and guidelines with the city council for proposed development. He supports the proposed project Uptown, a mixed-housing plan with access to the waterfront.

“Uptown became attractive to me right away because it mirrored the neighborhood I lived in when I was in Milwaukee for law school,” Bocks said. “It was a really cool eclectic neighborhood, where everyone had access to same grocery store, the same coffee shop. Holland has the ability to create neighborhoods like that. Uptown is attractive not only because of its location, but because the city owns most of the property and can dictate what goes in.”

As Holland rapidly expands, the city’s population is becoming more diverse in terms of race, socioeconomic status and sexual orientation. To accommodate a changing community, Bocks hopes to rewrite Holland’s anti-discrimination policy within the next six months.

“We need to be working on an ordinance that protects the LGBTQ community both in terms of housing and employment,” Bocks said. “I want to be deliberative and do it right. There’s no point in rushing it and pushing for something that’s just going to be knocked down by the courts.”