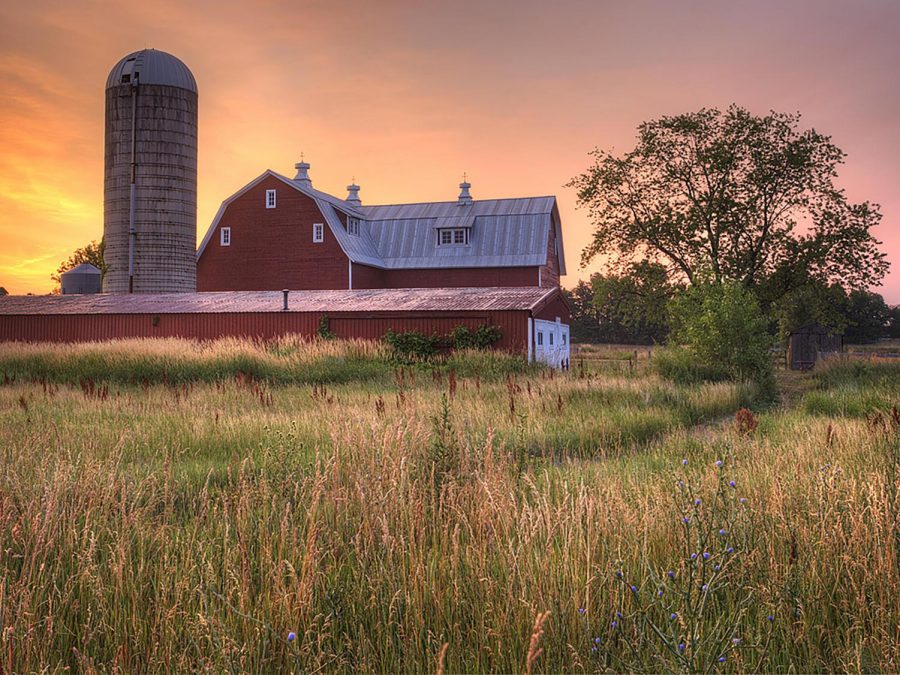 Raterink would know. Every morning, he wakes up at 4 a.m. to milk the cows, and he returns for a second session at 4 p.m. A single cow produces 80 pounds of milk or more.

In between milking sessions, Raterink fills troughs with cow feed, cleans the barn and works on chores. The remainder of his 14-hour work day is spent in the field tending to corn, soybeans and alfalfa.

Raterink Farm, which has remained in operation in Zeeland, Michigan since the 1950s, cares for 200 cattle. The farm remains profitable, although it faces steep competition from larger farms in Ottawa County and throughout Michigan.

“It’s been a struggle for farms this size,” Raterink said.

Although agriculture remains a thriving part of Ottawa County’s economy, mid-size farmers like the Raterinks grapple with urban sprawl, a labor shortage and financial instability. As the county loses farm acres, Ottawa County officials seek to preserve land for the purpose of food production.

Michigan follows only California in terms of agricultural diversity. The state’s rich micro-climates enable farmers to grow a wide range of crops.

Ottawa County is the eighth most populous county in Michigan, and it has the fastest growing population in the state. As newcomers flock to the county, developers are building new homes and businesses at a rapid pace.

Growing residential and commercial areas turn farms into islands. Lacking access to groundwater and infrastructure, farmers might decide to sell their valuable land to developers.

“We need to be thoughtful and plan for rural preservation, so we’re not burning through farmland,” Huttenga said. “Once you develop it, you can’t put it back.”

Beyond facing development pressure, farmers must find a successor to run their farm upon retirement. The average Ottawa County farmer’s age is 58, and over half of Ottawa County’s farmers plan to pass on control of their farm in the next 25 years.

The majority of farms are family-owned, but not all farm owner’s children want to continue the family business. Aspiring farmers must break into a tight-knit community, receive extensive training and secure funding to pay for steep startup costs.

“You can’t blame children who grew up on farms for pursuing different plans,” Huttenga said. “It’s expensive, high-risk and requires long hours. But farmers who have equipment and a farm operation are left with no choice but to sell to bigger farms or developers.”

In order to promote farmland preservation, Ottawa County purchases farmland using conservation easements and helps with succession planning. A recent survey found that over half of Ottawa County farmers support these programs, but that less than half plan to participate.

While promoting farmland preservation programs, Huttenga works with mid-size farmers like Raterink to find funding opportunities. For instance, she might help a blueberry farm looking to make their own jam apply for a state grant.

Diversification is on Raterink’s mind. Record rainfall hit his crops this year, and dairy prices remain depressed. The addition of a new source of income could offset declining revenue.

Raterink plans to acquire automatic milking equipment. The investment will likely cost hundreds of thousands of dollars, but Raterink hopes that he will have more time to consider expansion opportunities.