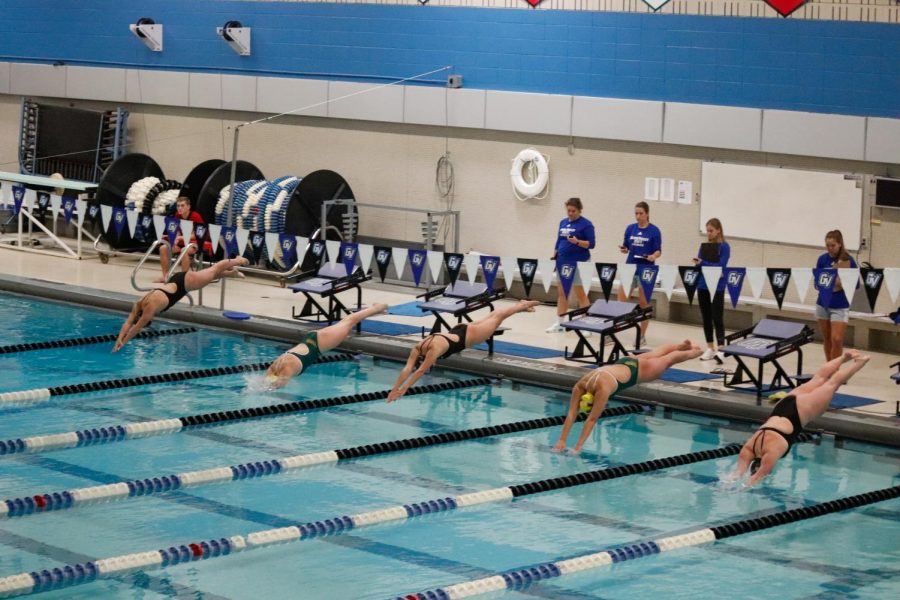 The Grand Valley State University swimming and diving team (10-1) competed against Ball State University (2-1) on Nov. 16 in Indiana. The Lakers men’s team beat Ball State with a final score of 187.5-122.5 to continue their undefeated season. The women’s team for GVSU lost for the first time this year, 197-103.

“I was a little bit tired due to the past few weeks of intensive training to get us prepared for our mid-season meet in a few weeks,” Goodyear said. “Despite not having great times I was pleased that I could still hold up and keep myself going.”

Freshman Roger Miret Sala won the 200-meter butterfly posting a time of 1:54.81. Freshman Austin Cabel won the 400-meter IM for the first time this season for GVSU, swimming with a time of 4:17.70.

It was a tough loss for the women’s team against Ball State. Even though this was their first loss of the season, freshman Neta Shiff extended on her superb season so far by winning all of her events.

In the three-meter diving event for both the women’s and men’s teams, GVSU took first place. Junior Chris Kelly secured the top spot for the Lakers again this season, scoring 276.23 points for the team. For the first time this season, junior Nicole Taormina won the event for the lady Lakers. She scored 264.45 points with her extraordinary high diving skills in the event.

Taormina and the rest of the women’s team had a strong performance. However, it wasn’t enough to beat a strong team representing Ball State. While it is their first loss of the season, the women and the rest of the team will continue to practice hard and prepare for the Calvin college invitational in the upcoming weeks.

“Our focus is the midseason meet now,” said head GVSU swimming and diving coach Andy Boyce. “We’re looking to go into that meet a little bit rested and see what we can do there. We’re hoping to get some national cuts, swim fast and to see great diving.”

The Lakers’ next event is at Calvin College, for the mid-season invitational. During the three-day event from Dec. 5-7, the Lakers will compete hard and hope to make cuts for as many swimmers as possible for the upcoming GLIAC playoffs.