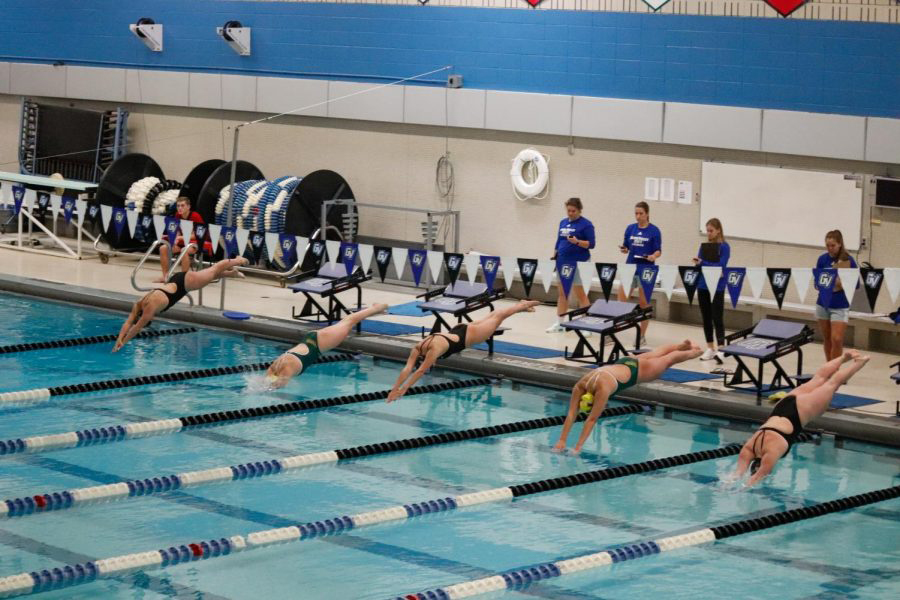 The GVSU Swimming & Diving teams signed 11 incoming freshman halfway through their 2019-2020 year with just 11 meets left until they begin the GLIAC competitions. With a 16-1 win-loss record this year, head coach Andy Boyce is thrilled to have new swimmers ready to join the team and has a great outlook on the remainder of their current season.

On the mens swim and dive team, three new recruits will be joining in August: Eric Heiber, Mathew Lane and Tanner Sharp. On the women’s, the eight new signees will be Lindsay Boals, Rebecca Galovich, Veronica Lantz, Alysa Wager and Kristina Winier on the swim team, and Jessica McEachern, Audrey Seemann and Carissa Wooley on the dive team.

“We have a good freshman class coming in and we’re exited to see what they can do once they get on campus in August, and we’re still working, hoping we can get a few more, but it’s going to be a good freshman group for sure,” Boyce said.

One of the most important factors that contributes to the success of the swim and dive teams is the team building that occurs at the beginning of the season for the GVSU swimmers. Having a strong bond with teammates and coaches is a sure-fire way to be the best that they could be and make their practices and meets fun.

“We have people from all over the country, all over the world, on our team, so it is very important to get to know each other and rely on your teammates,” Boyce said.

From delivering cookies to planning trips during the first week of classes, Boyce said that the older swimmers and divers make the most welcoming impression they can on the new recruits, including cookouts and team building exercises that go on for the first few weeks of practice. The focus is not only to make friends and build a fantastic team every year, but to build a team that can win every meet together and take home championship titles at the end of the season.

“We want to be the best student athletes we can be,” Boyce said. “We want both teams to be scholar all-American. We have a really strong focus on the conference championships, so were hoping to be able to bring a conference title home again this year.”

The women’s team has brought two out of the last three titles back, and the men have won five in a row, leaving a pretty outstanding record for the future swimmers and divers to live up to, but with the right coaching and teamwork, Boyce consistently achieves these goals with new students every year. The new signees will be acquainted with their teammates in no time and will have yet another successful year for GVSU.

The swim and dive teams will be competing this weekend in Indianapolis Saturday, Dec. 11. Indianapolis is poised as one of the top teams in the country.