UAS reflects on semester of work with Mid-Year Report 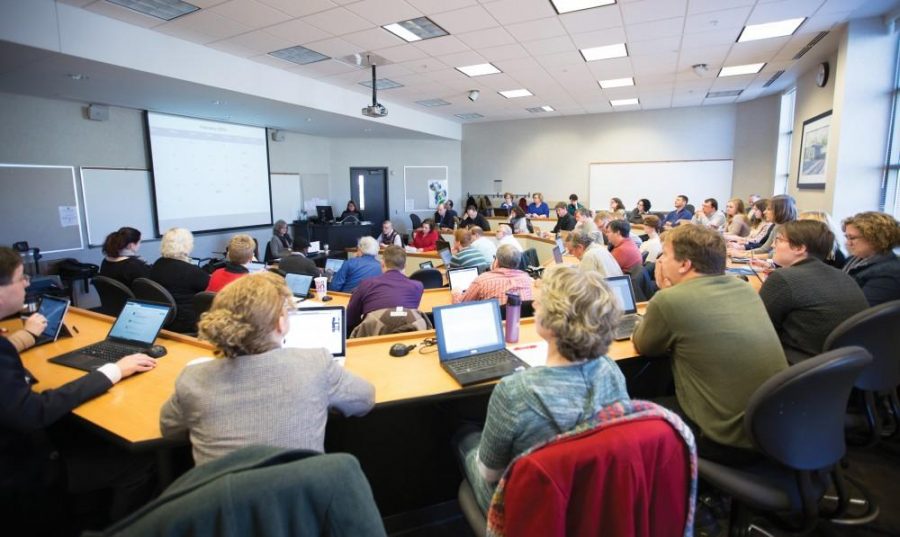 The report also noted the ability for UAS to endorse policies, events and initiatives within the university, of which it supported several.

During the Fall 2019 semester, UAS endorsed MLK Commemoration Week, Student Senate’s proposal to create a prayer/medication rooms, and Student Senate’s resolution opposing the Grand River Waterway Project among other topics. In most of these cases, the voting was either unanimous or strongly in favor, according to the report.

Looking toward UAS task forces, the Mid-Year Report highlighted the work of several.

The GLEV Task Force, which was created recently during Spring/Summer 2019, made strides to remove gendered language in University Policies, submitting a final report that was approved Sept. 27, 2019. These efforts were further supported by the Provost, which tasked Vice President Ed Aboufadel and Vice President Tom Butcher.

The UAS’s CONREP Task Force, which was also created Spring/Summer 2019, was task with reviewing University Policy (SLT 9.2) and proposing possible revisions. Following the Executive Committee of the Senate’s (ECS) review and approval of their final report on Dec. 6, 2019, it will move to UAS to discuss and vote on early in 2020.

Most recently, UAS approved the creation of a new task force during their Dec. 6, 2019 meeting: the FaCE In Task Force. The goal of the task force is to address equity, inclusion, and campus climate concerns of faculty, according to the report.

These program prospectuses will support the review of creating these programs, but it is not final. The next step falls on the Provost to create task forces for each program, which will then create proposals for their creation.

UAS meets about once a month on Fridays from 3-5:00 p.m., with UAS meeting three times in Fall 2019 and ECS meeting eight times.