Transcendent: Sagara one of the best midfielders to ever don Laker blue 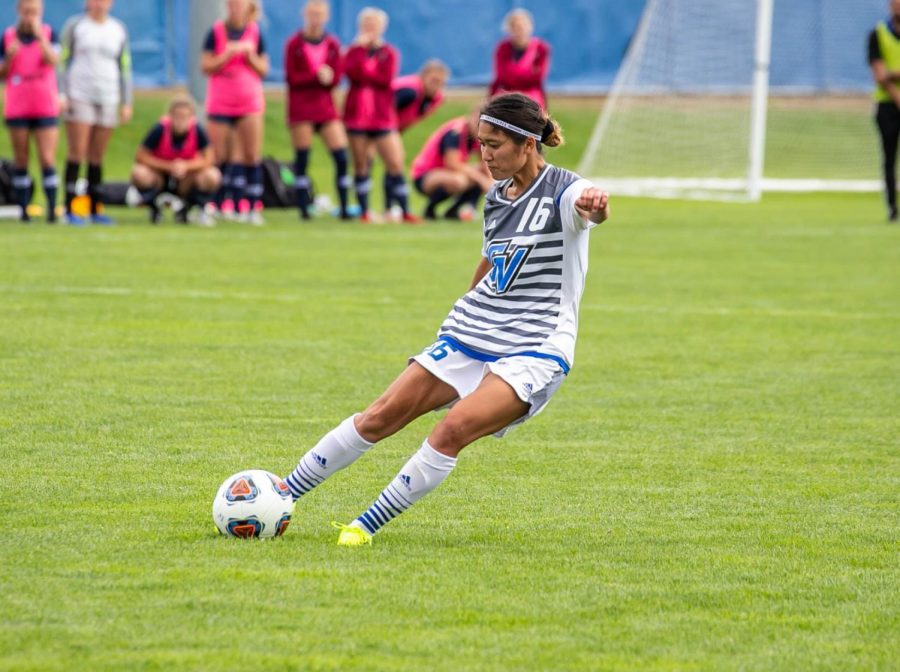 When Grand Valley State University senior midfielder Riko Sagara was named the Division II National Player of the Year by United Soccer Coaches back on Tuesday, Dec. 17, it came with little surprise.

The Tokyo, Japan native led the nation in assists for the second year in a row while finishing second in total points (63), behind her own teammate, junior forward Ava Cook (70). In the process, Sagara became the first Laker ever to record at least 20 goals and 20 assists in the same season while also helping lead the Lakers to their program record sixth national championship.

With the award, Sagara became the fifth Laker to earn National Player of the Year honors from United Soccer Coaches.

Sagara scored 20 goals and handed out 23 assists after everything was said and done. A transfer from NAIA Martin Methodist University, Sagara earned four All-American plaudits between the junior college and DII level. She set the NAIA single-season assist record as a sophomore with 36, which was seven more than the previous record, before dishing out 23 assists a piece in each season she played with the Lakers.

In just two years at GVSU, Sagara ranks second all-time in career assists with 46. Both of her seasons finished one dime shy of matching the GVSU single-season record.

Sagara scored 54 goals, provided 91 assists and captured 199 points total over her four year career between GVSU and Martin Methodist. If all 199 points counted towards her GVSU career, Sagara would rank third all time in points behind Laker legends Katy Tafler (269) and Gabriella Mencotti (213).

Her 199 points and 91 assists would also pace all GVSU midfielders by a wide margin all-time. Comparatively, Sagara would have 16 more points and 30 more assists than the next closest midfielder, Marti Corby, who starred for GVSU in the midfield from 2013-2016.

With such gaudy statistics comes a laundry list of accolades and awards for Sagara as well. In addition to being elected United Soccer Coaches National Player of the Year, Sagara was also voted national player of the year by the D2CCA and elected as a unanimous first-team All-American in 2019.

These accolades joined a litany of other accomplishments earned by Sagara, who also has two Midwest Regional Player of the Year awards, two GLIAC Offensive Player of the Year awards, two Midwest Regional Championships, two GLIAC conference championships, another unanimous selection as a first-team All-American in 2018, and a school individual record-tying number of assists in a single game (four).

GVSU head coach Jeff Hosler views Sagara as a uniquely superb talent based on her elite skill set and her road that lead her to playing soccer in a Laker uniform.

“It’s hard to put into words how much Riko has meant to this team these past two years,” Hosler said. “She’s so creative and tactically gifted on the field and was our only senior this year. For someone who just learned English four years ago, it’s a tall task to ask her to not only play at a high level, but be a veteran leader. She did just that and was a huge reason we were so dynamic offensively and able to win a national championship.”

Along with all of her individual statistics and awards, Sagara played a major part in GVSU’s success as a team in her two years in Allendale. Excelling in her role as an attacking midfielder, Sagara helped GVSU to back-to-back national championship appearances as well as two program-record 25 win seasons.