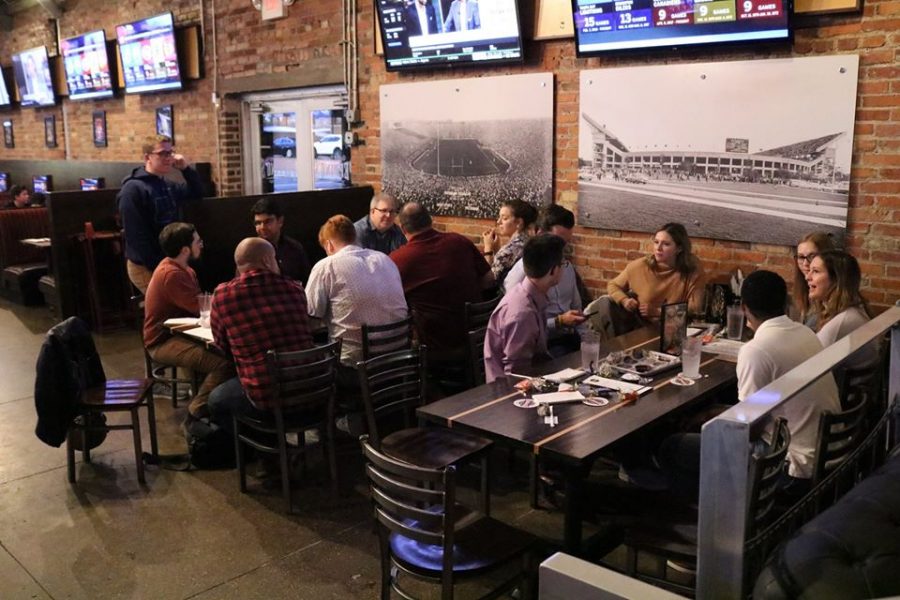 Until Fall 2019, Grand Valley State University did not have any clubs that specialized in journalism. Though the Student Journalism Club (SJC) was officially recognized in September, the idea was created much earlier than that.

Starting a club did not prove to be as big of a challenge as the founding students originally believed. Starting in an investigative journalism class, the professor, Jeffrey Kelly Lowenstein, was more than willing to sponsor the club.

He was a key member in starting the club, reaching out to students in his other classes to convince them to join. To actually start a club, the group must have at least three members to begin, then have at least five total to fill in the officer positions.

The idea for the club came to be in the Spring semester of 2019. However, as the semester was coming to an end, the journalism club did not have enough time to get it off the ground.

Before even presenting themselves as a potential club to the Registered Student Organization, the founding members had to draft a constitution and designate their executive board. On the board are Tovi Gentilucci, Jane Johnston, Kayla Sosa, Eli Ong, and Sean Cauvet. Gentilucci, Johnston, and Sosa were the first three members of the club, with Gentilucci being the President.

Based loosely off the ideas of the GVSU Pre-Medical program, the SJC wanted to form a professional organization that would allow students to work with people already in the profession.

The club also aims to connect underclassmen who are struggling in their classes with upperclassmen who can offer them experienced assistance on projects they could be struggling with. The SJC aims to be a collaborative effort between students.

“If I had this group as a freshman, I know it would have helped me to have someone who had already taken the class as opposed to the people who were in my class.” Gentilucci said.

Gentilucci hopes that this club will provide opportunities for students, regardless of their major, to explore their passion for journalism and media. She also wants to show students that journalism is not as small of a major as many think.

“It’s another way to not only have this connection for the students to do better on their projects, but also to help them see that it’s not just us,” Gentilucci said.

The SJC meets once every other week, since they know that school takes up a lot of the students time. They have events for students outside of the meetings, including networking events and others that would help them out.