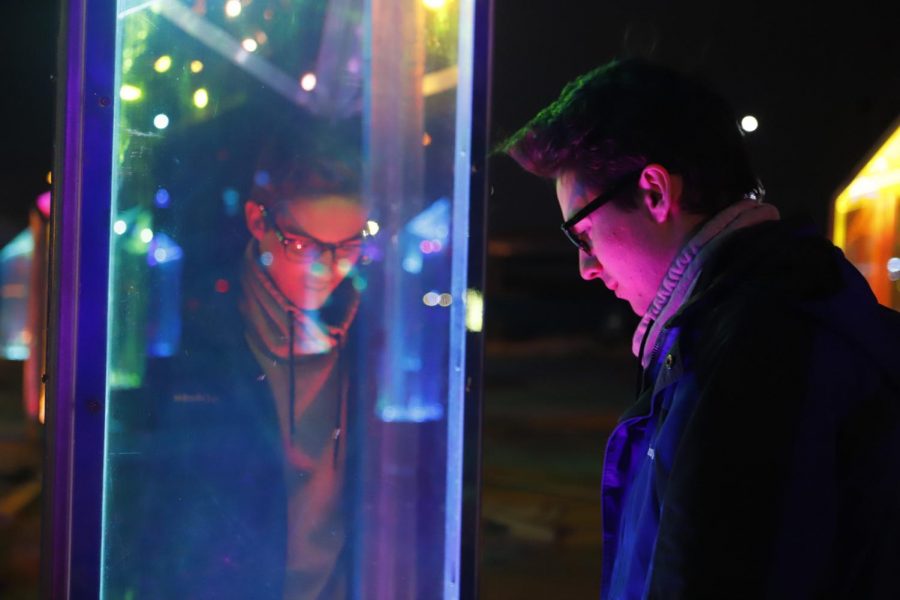 The third annual World of Winter Festival began this Friday, Jan. 17. Organized by Downtown Grand Rapids Inc., a new event was added this year to kick off the family fun festival. Pristmatica on Monroe was first displayed on Friday morning from 9 a.m.-11 p.m. and will be on display through Feb. 16.

The World of Winter Festival is a month-long festival filled with winter-themed, family-friendly programming and events that are free to the public. The festival was created to take advantage of Michigan’s cold winter weather and provide fun ways for people to get outside and enjoy the season.

Downtown Grand Rapids Inc. partnered with a lot of local organizations and began planning months in advance to make this festival happen. The World of Winter Festival was so popular among Grand Rapids community members that there were thousands of people in attendance last year.

The new addition to the winter festival, Prismatica on Monroe, is located at 555 Monroe Ave. NW. Prismatica is described by Suarez as, “a collection of light prisms that have toured the world, adding energy and creativity to urban business districts. The interactive installation includes 25 pivoting prisms, creating a modern ice palace that transmits and reflects color and light.” A soundtrack of bells is also played while the prisms rotate.

Pristmatica was created by the architectural studio RAW Design and brought to the World of Winter Festival by Creos, the world’s largest agency for temporary public interactive installations. The prisms have been displayed all over the globe, including places like France, Montreal, Chicago, Detroit and England, among many more.

Suarez said that Downtown Grand Rapids Inc. is most looking forward to seeing visitors interact with the prisms and enjoy the beautiful city of Grand Rapids. She hopes that “they learn to appreciate that Downtown is a great place to be even during the colder climate.”

“Michigan has long winters whether we like it or not,” Suarez said. “Instead of hibernating inside for five months, we want to give people a reason to get outside during the winter. No one will come out for no reason, so we organize this festival to give them something to enjoy.”

World of Winter Festival attendees have much more winter fun to look forward to for the rest of the month. Suarez said that one of the most exciting attractions of the festival is Valent-Ice, “where Downtown Grand Rapids is decorated with over 50 ice sculptures, making it the largest gallery of ice art in the state of Michigan.” Some other events include snowshoeing, a silent disco and the community-favorite Hungry Hungry Hippos Tournament on Ice.