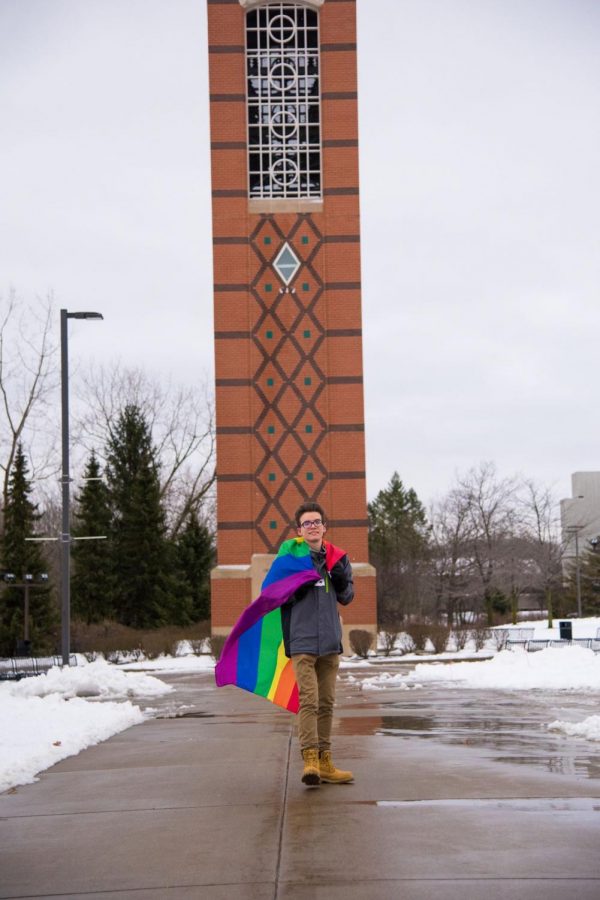 Fair and Equal Michigan launched a campaign this month that sought to amend the state’s civil rights law to include protections for the state’s LGBTQ community.

The proposal would expand the Elliot-Larsen Civil Rights Act, which was originally enacted in 1976 and prohibited discrimination based on a number of identity factors including religion, race, color, national origin, age, sex, height, weight, familial status and marital status. Although since then many cities across the state—including Grand Rapids—have passed local ordinances to protect their residents on the basis of sexual orientation, efforts statewide have historically failed.

The Michigan Civil Rights Commission officially began taking complaints of discrimination based on sexual orientation and gender identity in 2018, maintaining that LGBTQ discrimination was already prohibited under “sex” discrimination in the constitution.

If passed, Fair and Equal Michigan’s proposal would solidify these protections with explicitly language banning discrimination based on “sexual orientation” and “gender identity or expression.”

Marla Wick, the Associate Director of Grand Valley State University’s Milton E. Ford LGBT Resource Center, said that codifying these protections will expel uncertainty among those who do face this type of discrimination.

“The lack of state or federal-level protections means that LGBTQIA+ people who experience discrimination because of their LGBTQIA+ identity must seek recourse through the court system,” Wick said. “And results vary.”

Wick said that if nothing else, the campaign is a step in the right direction, especially in the eyes of GVSU students.

“The ongoing efforts to expand Elliot-Larsen are certainly reason for hope that positive change is coming,” Wick said.

Trevor Thomas, co-chair of the ballot question committee, told Bridge Magazine that the LGBTQ Michiganders just want “to be treated equally in the eyes of the government.”

“What I want Grand Valley to be a place where every graduate is able to pursue whatever they want to pursue without fear of discrimination looming over them because of who they are,” Szczepaniak said.

Szczepaniak, who sits on Fair and Equal Michigan’s Honorary Leadership Committee, suggested that everyone could potentially benefit from the proposal because even the perception that one might have a non-normative sexual orientation or gender identity is basis for discrimination.

“I always explain it to people like this,” Szczepaniak said. “My mother comes from a generation where she talks about her friends from high school as her ‘girlfriends’… if somehow an employer thought she was talking about dating a woman, she could be fired from her job.”

The campaign is still in its early stages. The committee has submitted a petition to the Board of State Canvassers, and once that is approved, Fair and Equal Michigan will have until late May to collect over 300,000 signatures from Michigan voters to submit their petition to the state legislature. The Republican-run legislature is likely to ignore or reject the proposal, having previously cited concerns over religious freedom in response to similar campaigns. If that should be the case, the initiative would fall into the hands of Michiganders to vote on in November.