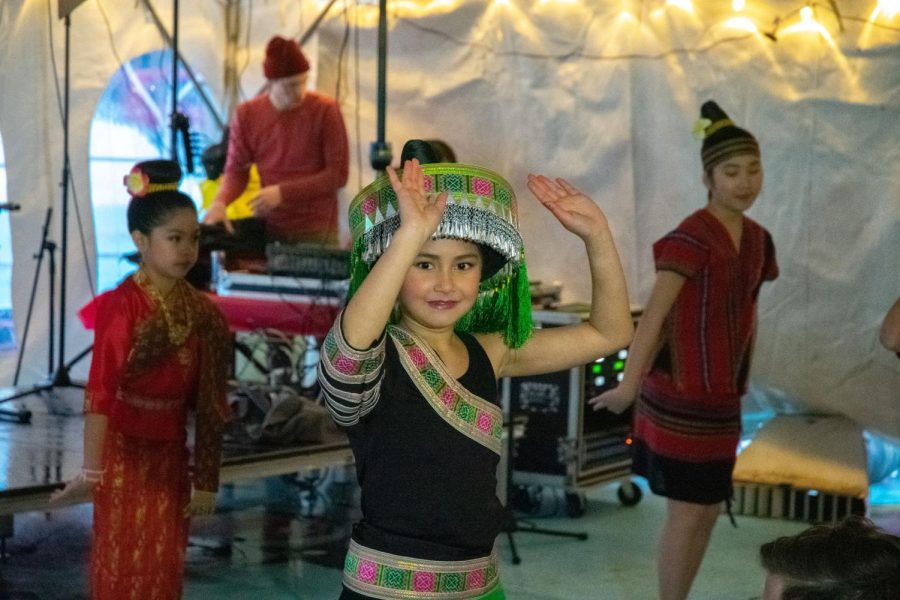 On Saturday, Jan. 25,  Downtown Grand Rapids Inc. collaborated with the Grand Rapids Asian-Pacific Festival Team to put on the first ever Lunar New Year Festival. The festival took place from 5-9 p.m. at 555 Monroe Ave. NW and was free to the public.

The Lunar New Year Festival is a celebration of the New Year based on the lunar calendar. 2020 marks both the Year of the Rat and the start of another twelve-year cycle of the Zodiac. Event Coordinator Kathy Bui described the festival in her own words as “an event that hopes to bring people of all cultures together to celebrate the new year with one another.”

Bui also said that the performances, along with the food and drinks, are pieces of the festivities that Asians, Asian-Pacific and Asian-Americans experience from all over the world.

“Lunar New Year Festival aspires to give a glimpse of the many traditions of Asian culture,” Bui said.

Those in attendance at the family friendly festival were able to enjoy a wide range of performances such as a traditional lion and dragon dance, Vietnamese and Chinese New Year songs, Chinese instrumentals and modern K-pop, among many more.

There was also a kid’s fun section where children of all ages could participate in activities that celebrate traditional Asian culture. Kids had the opportunity to play a game of ring toss inspired by Taiwan night markets, Goldfish scooping (Kingyo Sukui) based off traditional Japanese fishing and a traditional Vietnamese New Years gambling game. At the various craft stations, kids could paint ceramic rat banks (in honor of it being the Year of the Rat), make paper lanterns, create flags and shape dumplings out of Play-Doh.

“I was able to help plan the event from all prospects such as decorations, food, performers,” Bui said. “I based off my planning process for Lunar New Year Festival from that experience.”

Event Director Kim Nguyen said that there was a large team of people that helped organize the Lunar New Year Festival. Some of the sponsors included Sweetwaters, Celebration Cinema and GR Mobile.

Nguyen said that she hoped those in attendance, “share a diverse and cultural experience with the West Michigan community and a sneak peak of what a small Lunar New Year entails.”

Bui added that after attending the event she “hopes that people can become more open with Asian-American culture and traditions. The event’s main goal is to bring people together and enjoy the festivities no matter what background you come from.”

Bui said it is important for events like the Lunar New Year Festival to be put on in the Grand Rapids community because “it gives people the opportunity to learn something new about another culture that is not their own. Not only that, it also allows people to be more open-minded and understanding of their peers.”

“This is an opportunity to showcase the diversity of our many traditions and make it a learning experience for all,” Nguyen said. “I hope to continue spreading awareness on our growing culture.”