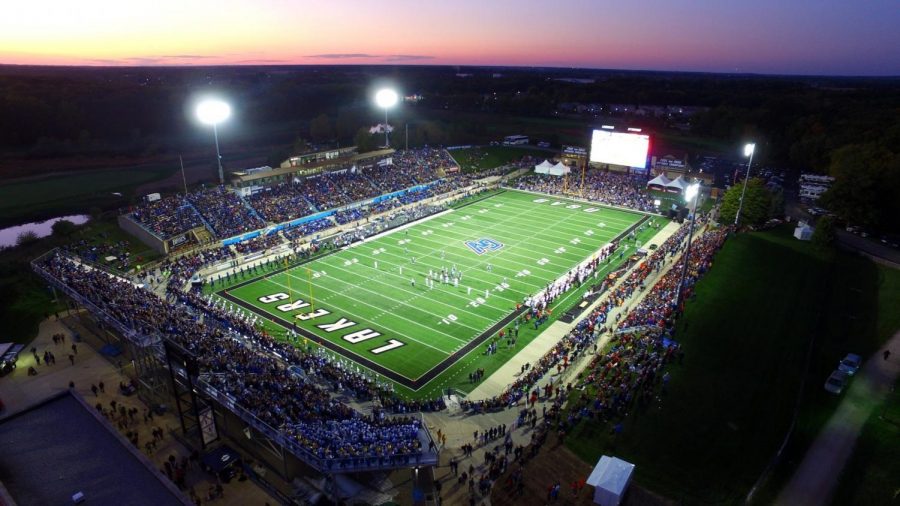 Update – 4:50 p.m. A representative from the University provided the Lanthorn with an additional statement regarding its relationship with the newspaper.

“Grand Valley State University is committed to the editorial independence of the student newspaper, The Lanthorn. The administration is reviewing events surrounding the Berger story to determine if there was behavior inconsistent with that commitment.”

Update – 2:20 p.m. A representative from GVSU’s Athletic Department responded to the Lanthorn’s request for comment. The department has no additional comments to share aside from the University’s official statement.

Newly announced football offensive coordinator Morris Berger has been suspended, according to a Grand Valley State University Statement provided to the Lanthorn. The University added that a “thorough investigation” into Morris’ conduct is ongoing.

Morris recently attracted public attention following an interview with the Lanthorn where he referred to Adolf Hitler as a historical figure he’d like to dine with. He also cited President John F. Kennedy and Christopher Columbus as other answers.

“This is probably not going to get a good review, but I’m going to say Adolf Hitler,” Berger said in the interview. “It was obviously very sad and he had bad motives, but the way he was able to lead was second-to-none. How he rallied a group and a following, I want to know how he did that. Bad intentions of course, but you can’t deny he wasn’t a great leader.”

The Lanthorn published the piece Thursday, Jan. 23. This story will be updated.