GVSU Basketball reacts to the tragic death of Kobe Bryant 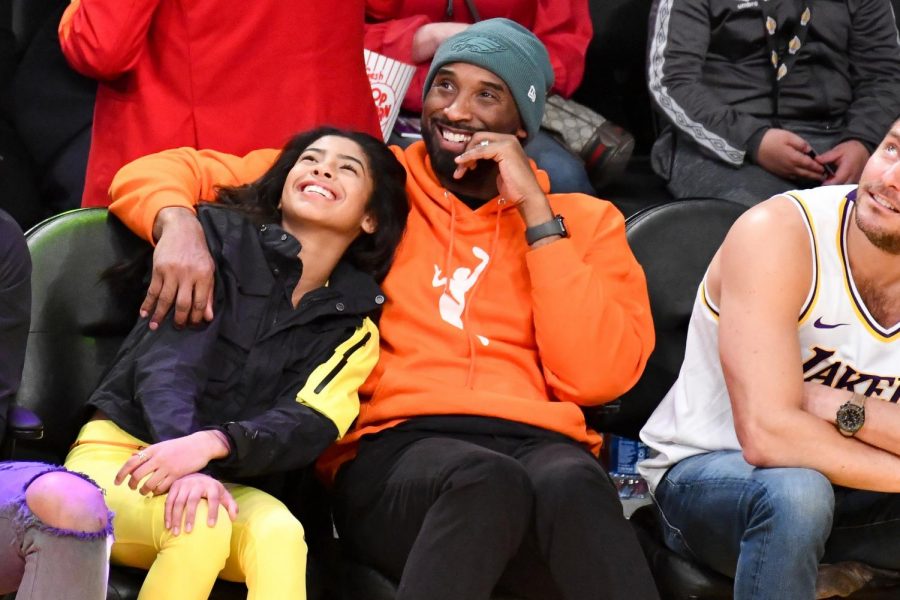 After the tragic news of Kobe Bryant, Gianna Bryant and seven others dying in a helicopter crash, it was quite somber in the GVSU athletics weight room, as the Grand Valley State men’s basketball team wasn’t their usual, chipper selves.

“It definitely was (sad) the next day,” said junior guard Steven Lloyd, who has looked up to the Laker legend long before he decided to become a GVSU Laker. “That next morning, we were in the weight room, it felt like everybody was down. Nobody wanted to talk, and as soon as I went into the gym, I immediately starting crying, because I couldn’t think of anyone else but him.”

It felt like just another day shooting at the GVSU Rec Center on the afternoon of Sunday, Jan. 26, when Lloyd first heard the shocking and tragic news.

“I was shooting in the rec center, when one of my friends called me,” Lloyd said. “I didn’t get the first call, but I called her back and she told me ‘Go look at Twitter’, and that’s when I saw that he had been killed. Like everybody else, I didn’t believe it: this guy was immortal to me.”

Senior point guard Jayden Hodgson had a similar reaction when he first heard the news, as he didn’t think it was real either.

“I was sitting in my room on my bed, and I just finished watching TV, and I was just about to start doing homework when I first found out,” Hodgson said. “I thought it was fake, because the first news source that broke it didn’t look credible at all. This was 10 minutes before any major news source broke the news, but I went to Google, and the date of his death was already in there. I was shocked, and I couldn’t believe it.”

Much like many young players who grew up playing in the 2000s, Hodgson saw Bryant as someone he wanted to model his own game after.

“He meant the world to me, I haven’t felt this way about the death of a celebrity since Steve Irwin the Crocodile Hunter,” the Gosford, Austrailia native said. “The older generations say they grew up with Michael (Jordan), for our generation, Kobe (Bryant) was the guy we grew up with. He’s the reason why a lot of people picked up a basketball and learned the game, he’s like Lebron or Steph Curry to the younger generation.”

Senior point guard Jeremiah Ferguson, who also thought the death was reported inaccurately, said his lasting memory of Kobe Bryant was actually in one of the rare moments where his team lost a big game.

“I looked up to him, I had his shoes, I watched his highlights,” Ferguson said. “I remember the (2008 NBA Finals) against the Celtics when they lost. There was five second left and (the Lakers) were down (by a lot), game was over, and my Dad paused it, because Kobe kept playing. He kept trying to score, and I’ll never forget that my Dad pointed that out to me, ‘He never quit until the game was over’.”

Ferguson felt that the many tributes from the basketball world were touching, and were just what the five-time NBA champion and his thirteen-year-old daughter deserved.

“I think it’s well deserved,” Ferguson said. “He should be the logo honestly. Why not?”

Hodgson agreed with his teammate, citing that the current Laker legend on the logo would most likely be fine with it, being that he saw Kobe Bryant as a member of his family.

“He deserves it, I think (the tributes) are awesome,” Hodgson said. “I really believe we should make him the logo, considering he’s obviously one of the best in the world. Jerry West doesn’t even want to be the logo anymore, I think that would be the ultimate way to honor his legacy and continue his name.”