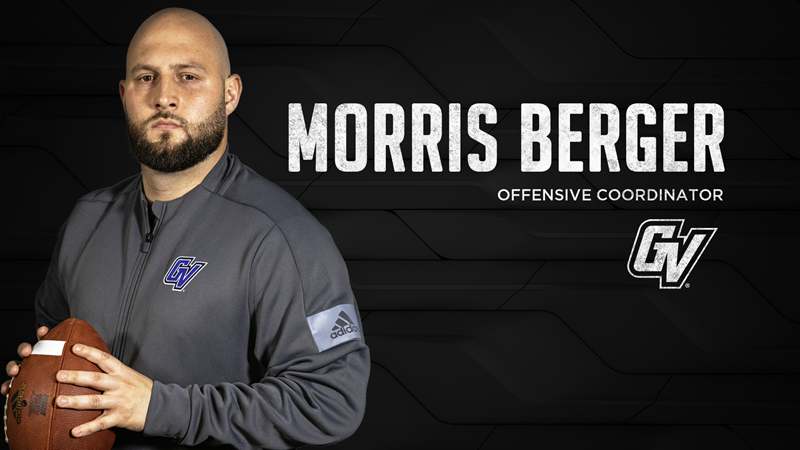 Update 4:35 p.m. – Berger released an open letter on Twitter where he said he “failed to uphold (a) responsibility” to the GVSU community. In the apology, he expressed regret over his comment, saying there was “no justifiable excuse” for his actions

“It is my hope that you will consider accepting my apology,” Berger wrote. “I recognize that I cannot undo the hurt and embarrassment that I have caused.”

Grand Valley State University’s offensive coordinator, Morris Berger, announced his resignation following his suspension earlier this week. In a press release, the University stated that there was mutual agreement between both parties. Berger’s resignation is effective immediately, as of Thursday, Jan. 30.

Berger faced suspension earlier this week following comments made during an interview with the Lanthorn where he suggested he would like to dine with Adolf Hitler. In his first public statement following his suspension, Berger provided reflection on his resignation.

“Over the last 11 years I have taken great pride in the responsibility and privilege of being a teacher, coach, mentor, and a valued member of the community,” Berger said. “I was excited and proud to be at Grand Valley, and am disappointed that I will not get the opportunity to help these players in 2020. However, I do not want to be a distraction to these kids, this great university, or Coach Mitchell as they begin preparations for the upcoming season.”

Football head coach Matt Mitchell said that he accepted Berger’s decision to resign, noting it would provide an opportunity for the team to move on and look toward the future.

“Nothing in our background and reference checks revealed anything that would have suggested the unfortunate controversy that has unfolded,” Mitchell said. “This has been a difficult time for everyone. I accepted Coach Berger’s resignation in an effort for him to move on and for us to focus on the team and our 2020 season.”

GVSU President Philomena Mantella also addressed the campus community in an email, saying that the University strove to protect its values as a “welcome community for all students, faculty and staff.” The investigation into Berger’s comments came swiftly after they were published, the email read, out of concern for their impacts on the campus community.

“We acted expeditiously and responsibly by suspending Mr. Berger and requesting the Office of Human Resources commence an investigation into this matter,” Mantella said. “Although we received wide-ranging views on the appropriate action, we isolated the issues, affording a reasoned, principled process, which is what we owe all members of our community.  Now we can move forward.”