Amanda Zylstra: Making a mark in the world of tattooing 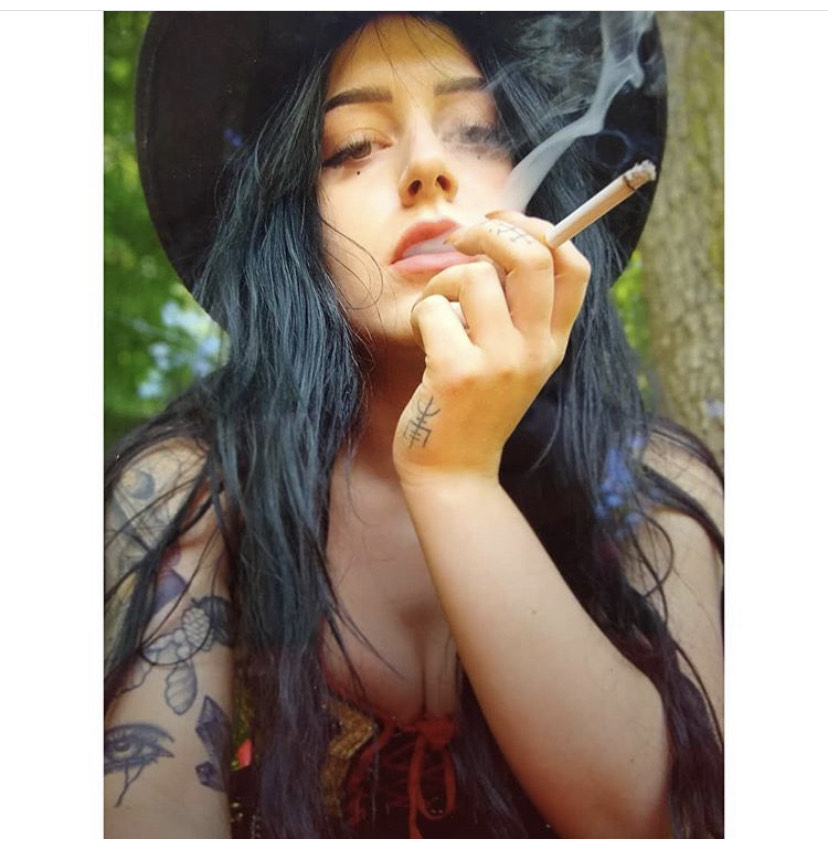 Samantha Hill, Special to the Lanthorn

When one walks into the special building on Wealthy Street, all they will hear is the buzzing of needles. This special place is a tattoo shop. Then, the bell will signal an artist to the front desk to ask the customers, “How can I help you?” One of those artists may be Amanda Zylstra, the only female tattoo artist at Wealthy Street Tattoo.

Zylstra has been a professional tattoo artist for a few years. She graduated from Kendall College with a bachelors in illustration, then decided to take the path of tattooing. However, being a woman in the tattooing industry may not be the easiest. Zylstra said that she was one of the lucky ones that was able to find a place that treated her like family.

Before getting into an apprenticeship, Zylstra worked for the front desk at Wealthy Street Tattoo for two years, technically unpaid. While being able to receive tattoos for free, Zylstra wanted something more. After two years of working the front desk of the tattoo shop, she decided that she wanted to be the one to give tattoos.

There were many opportunities for apprenticeships all over the country, but Zylstra decided to stick to her roots and take an apprenticeship with the owner of Wealthy Street tattoo.

“As a woman, I wanted someone who had great respect for me and wasn’t going to put me in any uncomfortable situations,” Zylstra said.

Fortunately, those two years of working at the shop, Zylstra was able to form a father-daughter type relationship with the owner, who eventually became her mentor.

However, many other women are not as lucky as Zylstra. She went on to explain how there are many women who are in apprenticeships but are not treated with respect.

“So, in the time I was looking to apprentice, I came across and heard a lot of different stories,” Zylstra said. “There was one where I heard a woman had agreed to apprentice under a shop and they had her eat cat food out of a dish on the floor.”

There are also many similar stories about women who are degraded during their apprenticeship, Zylstra said. When looking into becoming a tattoo artist, a lot of research needs to be done, especially as a woman.

Another problem Zylstra noted was how some male tattoo artists can treat female clients differently. The male artists may be very aggressive and judgmental towards female clientele.

One client by the name of Amy Mayhill described her experience she had with a male tattoo artist.

Mayhill and her two friends went to get walk-in tattoos. From the start, the tattoo artist was treating the women differently than their friend.

“He was trying to discourage me,” Mayhill said.

When telling the artist what type of tattoo she wanted, he was talking to her in a rude tone and kept telling her how she shouldn’t get the tattoo because it’s a font tattoo. However, her male friend wanted a very similar tattoo and gave him no problem. Even during the tattoo, he was being super friendly to Mayhill’s male friend, but when her female friend and her were getting the tattoo, he was being very rude and was even calling both of the girls “baby” and “baby girl.”

“He was treating calling my friend Abby baby and treating us differently than Mike,” Mayhill said.

Now, when Mayhill looks at her tattoo, all she thinks about is the negative experience.

Even though the tattoo industry is dominated by the male population and is considered a “boy’s club,” the industry has come a long way in the last 15 years. More and more women are becoming tattoo artists and have the potential to do very well in the industry.

Samantha Hill is a student at Grand Valley State University.