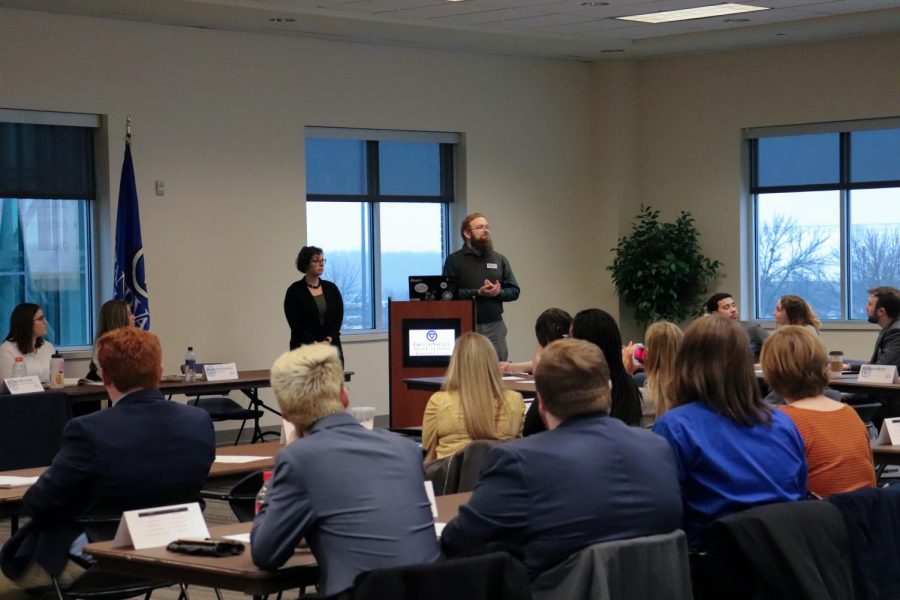 Amidst the resignation of Morris Berger as Grand Valley State University football’s offensive coordinator, Student Senate debated whether to issue a public statement during their Jan. 30 meeting. This statement would have expressed the senate’s support for the Lanthorn against censorship.

“I think this was a good conversation in that senators are, of course, supportive of the Lanthorn, regardless of how they choose to cover Student Senate,” Student Senate President Eric-John Szczepaniak said.

Szczepaniak said Student Senate is responsible for funding the Lanthorn through the Student Life Fund.  The organization’s finance chair prepares the publication’s budgeted and actual expenses, and Student Senate debates how much money to allocate toward the Lanthorn’s needs for the next fiscal year.

Lanthorn reporters cover Student Senate activities. Local stories range from the passage of resolutions such as W-19-01 to the body’s reinstatement of the Pledge of Allegiance. After all, Szczepaniak said it is important for Student Senate to earn students’ trust and respect.

Lanthorn sports editor Kellen Voss, who interviewed Berger, addressed Student Senate during public comment. He thanked senators Max Vazquez and Kelly Dowker for reaching out to Lanthorn editor-in-chief Nick Moran and him on the matter. Voss said The Lanthorn fully supports the Student Senate, regardless of the outcome for voting on the public statement.

Szczepaniak said it is worthwhile to have constructive dialogue in Student Senate since it goes beyond how senators vote. He emphasized that the body wants to hear the senators’ thoughts on matters being considered.

Senator Alex Hicks explained the proposed statement of support does not reference recent events around the Berger interview’s initial removal and later reinstatement. Additionally, they mentioned senators are not allowed to serve on the Lanthorn. In the process, Hicks said the Lanthorn should not have to ask for Student Senate’s support.

However, Senator Carter Houtman said unless the Lanthorn asks for their support, Student Senate should not stick their noses where they are not involved.  Another senator, Ari Nitzkin, said some people kept asking for his thoughts on the Berger story, despite not wanting to talk about it. This senator emphasized letting the issue go, so he can have his normal day back from before the controversy.

Student Senate then voted 24-to-8 in favor of suspending the bylaws, allowing members to vote promptly on the public statement. However, the motion failed with most votes against it.

However, Student Senate did pass W-20-02, a resolution on voting protections and education.

Szczepaniak said Student Senate plans on doing voter registration efforts in GVSU’s transitions and orientation programs, for this will allow new students to be ingrained in a culture that wants them to register to vote and use their voices.

Furthermore, Szczepaniak said a university-wide team will reduce voting barriers through voter education. Part of the endeavor will involve a mock election. The activity, Szczepaniak said, will prepare students for voting before the actual elections.

Voter education will extend to helping students distinguish between different elections. Szczepaniak said the March election will involve voting for either the republican or democratic ballot. State primaries are also scheduled for next August.

“To implement that, we’re working with other students, university administration, as well as local and county officials to really get the word out,” Thayer said.