A capella stands in spotlight at Presidents’ Ball 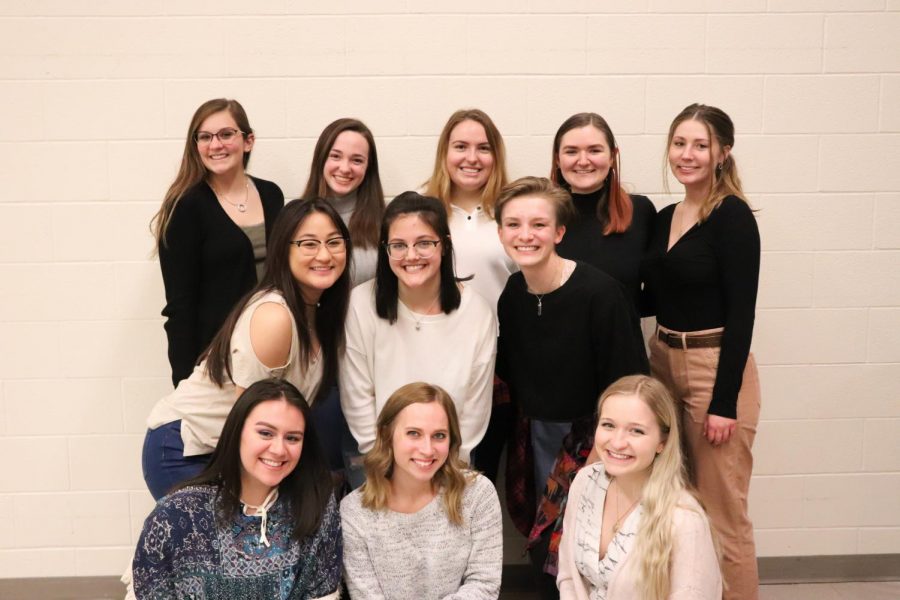 GrooVe! opened up the night of a capella with their performance of the Jonas Brothers hit single “Sucker” and “You Will Be Found” from the Tony award-winning musical “Dear Evan Hanson.” In the middle of the dance, Midnight Snack took the stage with their performance of “Sunday Candy” by Donnie Trumpet and the Social Experiment. This song was chosen for its jazzy feel to match the theme of the night.

This year was the first Presidents’ Ball GrooVe! and Midnight Snack performed at. Representatives from each group expressed their excitement to be part of such an event.

“We are so excited to be a part of President Mantella’s first Presidents’ Ball,” said GrooVe! President Jill Bucaro. “This is an event that many of our members look forward to every year and it’s exciting to be a part of making this night so memorable for everyone attending.”

Celeste Reyes, president of the all-female group Midnight Snack, said her group was asked to perform at Presidents’ Ball after a GVSU representative saw them perform at one of their fundraisers.

This year, Midnight Snack is focusing on its brand and spreading its popularity across campus by performing more shows for their peers. They are also taking this year to work on expanding their online presence and making connections with other a capella groups on and off-campus.

Midnight Snack is currently in the process of planning their first music video and releasing their first single on streaming services. These are two accomplishments that the group has never done before and Reyes said everyone is very excited.

“This year is a year that we are really making a lot of advancements in the group,” Reyes said.

Looking forward to the performance, Reyes said, “It’s just going to be another way for us to be able to brand ourselves and get our name out there into the school.”

GVSU’s a capella scene consists of three groups, including the two performers at Presidents’ Ball and the award-winning group Euphoria. Each group offers its own style to performances, however, the a capella community at GVSU is tight and collaborative. Since many of the students in a capella groups are in the music program together, they all know each other and get along very well, Reyes said.

In preparation for their Presidents’ Ball performance, GrooVe! and Midnight Snack held a collaborative rehearsal. The two groups practiced their sets and gave each other feedback and constructive criticism. Midnight Snack also recently learned a new warmup that Euphoria showed them.

In addition to hours of rehearsals a week, the groups participate in multiple concerts and events throughout the year. A normal GrooVe! performance ranges from performing at nursing homes, the A Cappella Off, their semester concert and performing at high schools.

Midnight Snack has been given the opportunity to perform at President Mantella’s Inauguration Dinner, Relay for Life and Dance Marathon. Reyes said she hopes that the group will continue to be invited by Mantella to perform at more events.