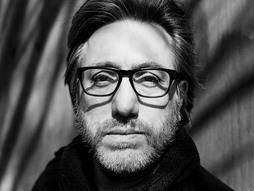 On Monday, January 27, American documentary photographer, filmmaker and visual artist Jon Lowenstein gave a presentation on some of the work he’s been conducting over the past 20 years. The presentation took place from 3-4:15 p.m. in the Kirkhof Center on Grand Valley State University’s Allendale Campus. The event was free to the public and there were approximately 120 people in attendance.

Lowenstein’s work focuses on confronting the issues of wealth inequality, structural racism and violence. His work has been recognized all over the world and has been featured in exhibitions and museums internationally, as well as in newspapers such as The New Yorker, The New York Times and Newsweek.

The presentation was specifically about Lowenstein’s work following the lives of undocumented Latino immigrants coming to the United States over the course of the past 20 years. Those in attendance were able to learn about the migrant trail, from Central America through Mexico and the United States.

Lowenstein also gave attendees an insight into the lives of the many who partake in the largest transnational migration in world history. After his presentation, a Q&A was conducted with audience members.

The presentation involved Lowenstein showing many of the photos he has taken over the course of this project. These pictures depicted scenes of violence, a person who had been killed, along with groups of people crossing the Rio Grande to enter the United States. As Lowenstein’s brother and associate professor at GVSU Jeff Kelly Lowenstein said, “There are a lot of pretty shocking images.”

When Lowenstein first started working on this project two decades ago, he did not expect that these political issues would still need to be worked on and covered today.

“I expected that we would be further along on the issue from 20 years ago,” Lowenstein said.

One part of the presentation that attendees may have been surprised at was when Lowenstein explained how he met a woman in 2000, and in 2019 she was still in the same neighborhood living the same impoverished lifestyle.

“He’s covered this issue for so long and yet there hasn’t really been any political change that you might have thought would happen during that time,” Kelly Lowenstein said.

Lowenstein is still working on aspects of the project to date and said that his favorite part of this project has been the people he’s met and the relationships he has built.

Following the presentation, Lowenstein said he hoped that people will “be able to see an issue in a more humane way.”  He also said he hopes attendees realized that “we can all do our part to make things better.”

Kelly Lowenstein said that he hopes audience members “feel the importance of the human consequences of our immigration policies such as it is at the moment.”

Reflecting on the presentation’s broader implications, Kelly Lowenstein also said that he believes it is important for GVSU to host events such as this one because they exemplify the university’s mission statement to help its students think about not only what goes on around them in West Michigan, but to also think about what’s happening throughout the world.

“Jon’s work provides an opportunity for students to think about in our community what’s happening, but also how our community fits into the larger society and the world,” Kelly Lowenstein said.