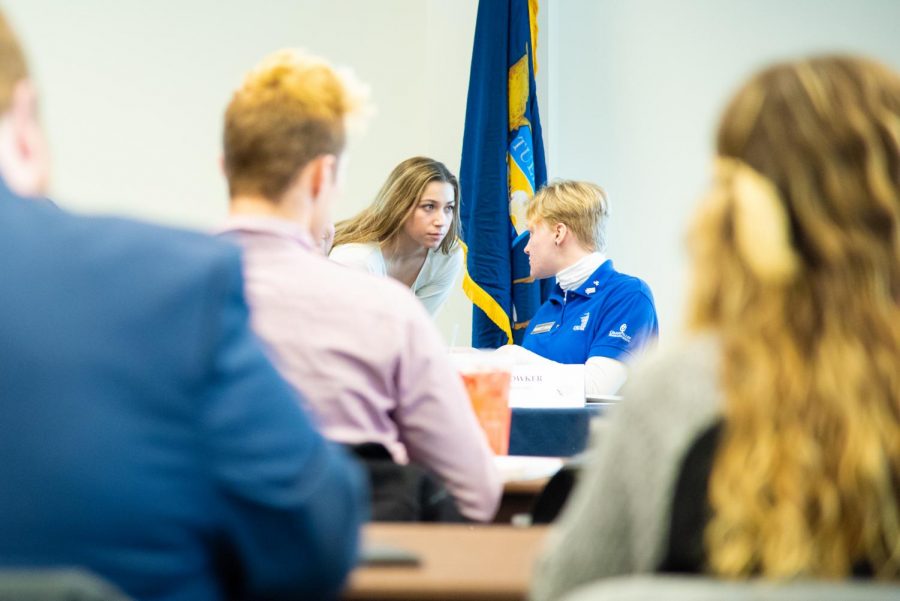 Throughout the one-year program, self-reflection occurs extensively as students think about their strengths and consider how their actions have positive and negative consequences. Participants also attend lectures hosted by the Hauenstein Center. Senators Camilla Russo and Tummel said these events are free and open to the public.

Additionally, Tummel said the academy tries to pair students with mentors by similar interests and personalities. Students meet their mentors six times a year. Here, Tummel mentioned students can ask mentors questions, including what is their leadership style and whether they attended graduate school.

Vice President of External Relations Joel Pagel said he plans on applying for the Cook Leadership Academy. He described it as useful for students navigating the world as leaders, including meeting new people and hearing new ideas. Pagel mentioned the academy would be invaluable for helping students become used to public speaking, including speaking with legislators on education and other issues.

Pagel said it is challenging to fund higher education since the state government has many expenses to pay for everyone living in Michigan, not just students. Budgets range from road maintenance to health.

Furthermore, education funds are distributed by academic performance and other factors. Pagel said Grand Valley State University gets around $3,000 per student. By contrast, he mentioned other universities such as Wayne State receive upwards of $7,000-9,000 per student.

“That slice of the pie is very small for higher education funding,” Pagel said.

Nonetheless, Pagel said it is important to get as many student governments involved as possible.

“But if you can get everyone together, I mean hundreds of thousands of students will have their voices heard by their student governments,” Pagel said.

From there, student governments will go to Lansing and let the state government know what is happening at the student level. Pagel said students interested in helping SCHEF can attend the External Relations Committee meetings. These are held in the Student Senate Office Kirkhof Center Room 0008 every Wednesday from 6-7 p.m. Come the Feb. 20 general meeting, Student Senate will vote on W-20-03.