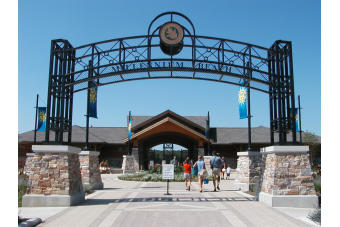 The Kent County Board of Commissioners green-lit three capital improvement projects that have been paused for over a decade.

The projects, which include a Parks Department office space, an expanded fleet facility building and a northern county campus, will cost $18.7 million.

County officials identified these projects in 2005. During the Great Recession, the approval process was put on hold to save money and prevent staff layoffs.

Fifteen years later, the county is resuming development. Project funding comes from the Capital Improvement Fund, which was created in 2015.

“We’re utilizing the funds the best way we know how,” said Mandy Bolter, chair of the Kent County Board of Commissioners. “I’m glad we’re paying cash for these projects and that we don’t have to bond.”

In Bolter’s opinion, an upgrade to the Parks Department office space is long overdue. The current office space consists of modular trailers with hole-ridden walls that were built for temporary use in 2002.

With its new office space, the Parks Department hopes to attract more visitors to Millennium Park. Talks are underway for the Kent County Parks Foundation to pay $600,000 for a visitor center located by the office space on Butterworth Drive.

Beyond modernizing its older buildings, Kent County will establish a new campus with a Sheriff’s office substation and a health clinic on 17 Mile Road NE near US-131. The campus is intended to provide greater access to services in North Kent County and cut down on the Sheriff’s office response times.

“These projects have lingered around since 2008, and we’ve needed the extra funding every single year,” Britt said. “Our CFO took some of the funds and put them away so when it came time to have enough funds in the CIP, we could pay cash instead of bond.”

The Kent County Building Authority will assume responsibility for these initiatives. Construction is expected to start summer 2020 and to be completed within a two-year period.