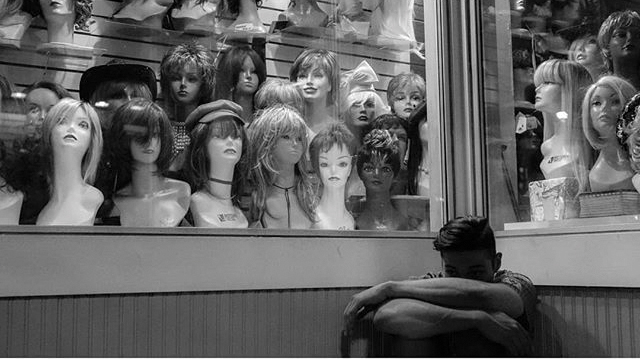 A DirectCBD study published in December of 2019 found that Michiganders experience some of the highest levels of mental distress in the country. The data was collected from the Behavioral Risk Factor Surveillance System (BRFSS) by the Center for Disease Control (CDC).

“In the survey, respondents indicate how many days of poor mental health they have experienced in the last 30 days,” said DirectCBD creative team member Tyler Burchett. “So anyone who indicated that they experienced at least one day of poor mental health within the last 30 days, we categorize as mentally distressed for the purpose of this project.”

Burchett defined mental distress as a day of poor mental health, and the phrase can be used as an umbrella term for people experiencing stress, depression, anxiety and more.

Generation Z defines those born in the late 1990s and early 2000s, thus making up a majority of students at Grand Valley State University. There are many hypotheses for why younger generations are experiencing higher levels of mental distress, one of which is the role of technology.

“With the Gen Z and the Millennials, they have had constant access to technology and there is a fair amount of data to suggest that we are seeing some victimization online that is different than what we see in person,” said GVSU psychology professor Tara Cornelius. “So I think increasingly we’re sort of noticing at least, an association between mental health symptoms and online use, and it seems like, the data suggests, that it’s not just what folks are encountering online, but also how much time they are spending online and what they are doing when they are online. So, in particular, social media use has been associated with mental health symptoms.”

While the link between technology and mental health is a growing phenomenon, Burchett said it could have to do simply with the nature of growing up.

“Some of the things we speculated is just in general adolescents and young adults always face difficult questions about maturity and identity — you could say it’s part of growing up,” Burchett said. “It is tough to grow up and face those questions about identity and self, and then on top of it there’s the pressures of this generation specifically — with social media, mass shootings, it’s definitely a difficult time to be growing up.”

With many hypotheses being studied surrounding mental health in adolescents, one question still lingers: why do Generation Z respondents in Michigan experience the highest rates of mental distress?

This is a question neither Burchett or Cornelius could answer, and with no literature or data to create a hypothesis, the reasoning remains a mystery.

Although rates may be high for Generation Z people in Michigan, many resources are available to students on campus who are experiencing mental distress.

“I think one of the things GVSU does such a great job at is just that the faculty, staff and administrators are so invested in student success and wellbeing and making sure that there are resources that are devoted to that,” Cornelius said. “There is just a really strong recognition on our campus about how mental health difficulties affects students and how that affects their academic performance.”

Students experiencing mental distress can learn more about the many different resources available at the GVSU University Counseling Center.