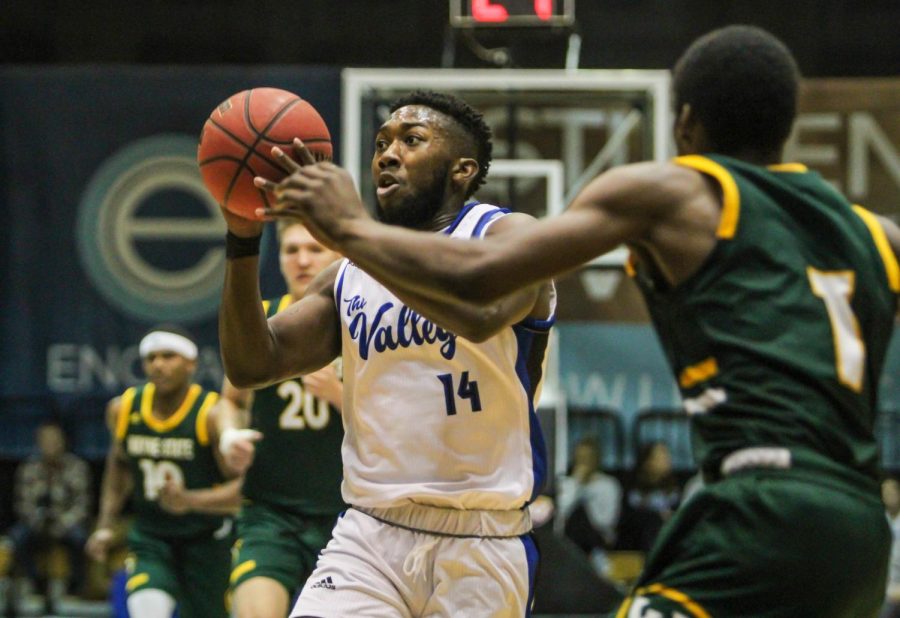 The road trip to the Upper Peninsula is always a defining moment for the No. 21 Grand Valley State men’s basketball team, as while the weak teams get exposed in that weekend, the good teams stay resilient and come out of the trip with few scars.

This Lakers had a decent weekend, beating Northern Michigan in double overtime, 82-79, before losing to Michigan Tech, 78-70, as the Huskies clinched home-court advantage in the GLIAC tournament.

After the weekend, GVSU falls to 21-6, but still remains at the coveted second-seeded spot in the GLIAC.

The Lakers certainly weren’t expecting the first game against Northern Michigan to go into double overtime, but junior Jake Van Tubbergen was certainly up for the challenge. Shooting 15 of 23 from the field, Van Tubbergen had a career-high 39 points to go along with 13 rebounds.

That point total is the most a Laker has scored since 1997, and GVSU coach Ric Wesley is proud to see the Holland, Michigan, native come into his own in the twilight of his junior year.

“The end of your junior year, you really start to come into your own,” Wesley said. “You’re figuring it all out, he knows what he’s got to do, he knows what spots to get to and how to get his shot, getting to the line a little more. I think all those things factor in, that’s when you the maturation of a player.”

While the Lakers were able to come away with the victory in that one off the historic performance of Van Tubbergen, they were not as lucky in the second game of the week.

Even though it was a back-and-forth game for the first half, Michigan Tech always seemed to have a 6-8 point lead in the second half. Despite Van Tubbergen (27 points, 14 rebounds) and senior Jeremiah Ferguson (23 points, three assists) being solid down the stretch, it wasn’t enough to give the Lakers the victory.

“It was a back-and-forth second half, but they had a little bit of a run in there to get some separation,” Wesley said. “I didn’t feel like there was anything in particular we did, they just made shots. Jake had another outstanding game, and Ferg played well down the stretch, we just didn’t really get great play from anybody else. At a place like this, on senior day, you need more than that.”

When reflecting back on the road trip, Wesley was proud of the fight his team showed, but went on to reiterate how tough the GLIAC is to play, especially on the road.

“It was a little bit of a mixed bag,” Wesley said. “I liked our competitive spirit, our will on Thursday didn’t go away, and I thought today we had it too. We talk about it all the time, this is a very balanced league. Every game is a fist fight. There’s a lot of teams playing well this time of year, and winning on the road is difficult, so there are no revelations to take away from the trip.”

GVSU has their own Senior Night Thursday, Feb. 28, as Ferguson, Jayden Hodgson and Ben Lubitz will be honored before the game. Wesley would love to see his guys get the win to carry positive momentum into the GLIAC tournament.

“We’re running out of opportunities, so we certainly want to get back on track,” Wesley said. “You don’t want to have losing streaks this time of the year, we’re battling for conference season and regional rankings, so we have to keep trying to improve. It’s a marathon, and we’re getting towards the end, but we’re still not there.”