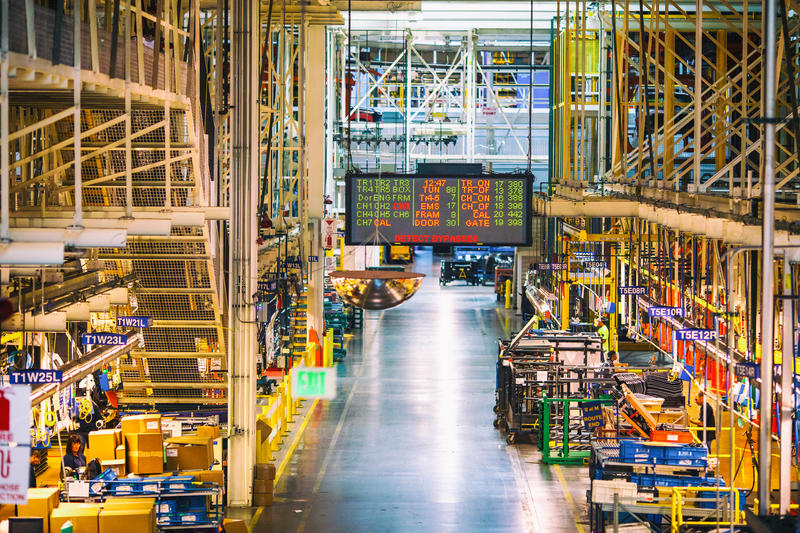 Jeff “Ski” Marcinkowski, Grand Valley State University Facilities Maintenance Supervisor, will retire this July after more than 13 years at GVSU.  Those who work with him will likely not only miss their boss and friend, but struggle to find the right person to take his place.

”In 2013, 35 million tradespeople were eligible for retirement,” Marcinkowski said. “If all those people left in 2013, probably the US industry service industry and skilled trades would crash because there’s no amount of apprenticeships, tech schools or anything out there that could provide enough trained skilled people to fill all those jobs.”

Dave Searles, Career and Technical Education Director at Careerline Tech Center (CTC), said that he has seen a noticeable increase in students pursuing technical and trade careers in Ottowa County.

“Nine years ago we had 1,180 students in the building, now we’re up to about 1,500,” Searles said. “We’re serving over 2,000 kids every year with Career Exploration classes. The interest is way more than it was. I think kids are educating themselves earlier. It went from if you want to come here you come to more competitive.”

Searles said that CTC partners with over 300 companies in order to provide students with hands-on experience early on.

“The local companies have such demand for workers, so we’re trying to get kids plugged into jobs really have a career ladder, and there’s some pretty amazing opportunities out there,” Searles said.  “Aside from that, it’s just a good education. Most people learn by doing, rather than just by listening, so combined were helping our local economy for sure.”

Marcinkowski said that the high demand for qualified employees has created a competitive market for employers while increasing the cost of labor.

“Men and women who are going into the trades in their freshman year, all the service companies in the area that deal with mechanical, plumbing or wherever it may be, are talking to those students in their freshman year,” Marcinkowski said. “They still have two, three or even four years to go, but they’re coming in with the hopes that they can hire them (students).”

“We had to fill an HVAC position,” Marcinkowski said. “It took us a year and a half to find the guy that had the qualifications that we needed. If you’re looking for someone, it’s tough to find them. And if you have them, you want to keep them.”

Despite the challenges he faces, Marcinkowski said that he focuses on the future by adapting to new technology and keeping costs low for GVSU students.

John McIntire, a boiler engineer who has been working at GVSU for over a decade, said that his job gives him the chance to impact people’s day in a positive way by keeping the temperature comfortable. He says its one of the most rewarding parts of his job and will go out of his way to make sure things are just right, especially for weddings.

“We’re controlling the heating and cooling of every room and event on campus,” McIntire said. “Just a small change could make someone’s day better.”

Marcinkowski works closely with a group of GVSU students and skilled employees at the Central Utilities Building.

Student supervisor Kristen Wegener said GVSU students work part-time cleaning facilities vehicles, painting equipment, fulfilling services calls around campus and various other odd jobs. The students said that they appreciated the sense of community and opportunities that they have gained by working there.

Although GVSU currently has no plans to build a tech center, Marcinkowski said that he would love to see one. Searles and Marcinkowski, both GVSU alum, said that they are encouraged by President Philomena Mantella’s open-minded, forward-thinking attitude towards education.

“We have a changing workforce and changing demands in our workforce and we’re going to do a lot of re-education for adults as well,” Searles said. “The more Grand Valley can adapt and be flexible to that, the long term is that its really important for our local economy.”