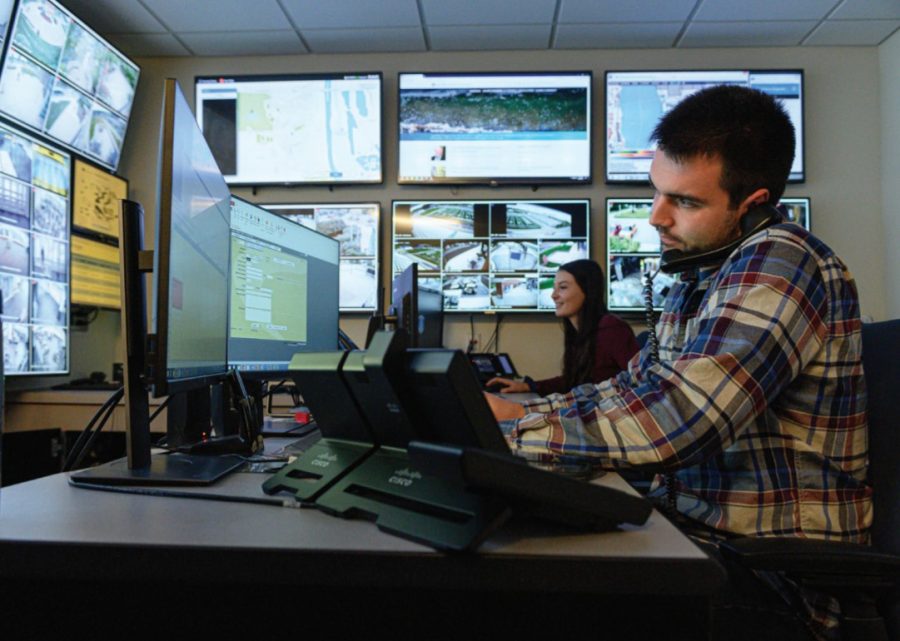 Students may have noticed that in recent weeks and months, there have been surveillance cameras being set up all across campus. Stoll said it is difficult to get an exact number because new ones are constantly being put up, but that there are now over 1,000 on campus.

Stoll said camera coverage was often a question they got from concerned parents and it used to be a question they wouldn’t feel as confident giving an answer in. Now, GVSU hopes that people ask about it.

“I think two things helped spur the growth,” Stoll said. “One was when they added the cameras in the marketplace when the bookstore moved from Kirkhof to there, and we were able to have repeated success in using those cameras to combat theft. The other biggest thing was when we looked at other universities across the state, we were well below what the average was in terms camera amount and camera coverage.”

The first cameras were placed downtown on the Pew Campus in 2008, and Bohle said that part of the motivation for the initiative was about preparation.

“We were so far behind a school like Central (Michigan University),” Bohle said. “Unfortunately, they had incident in the dorm room but were able to solve it with CCTV (cameras). Seeing that, it got us thinking if we would be able to solve something like that with our old system.”

The incident Bohle referenced was from December 2018 when a student received hate speech on the whiteboard outside their door. Cameras were instrumental in solving that and really got GVSU thinking.

“It was almost a shift of people’s concerns,” Bohle said. “Jeff (Stoll) and Brandon (DeHaan) will do parent orientations and at dispatch we would get calls daily of people asking for footage. Now, we can’t release to them but in my mind I’m thinking ‘oh crap.'”

Stoll also mentioned that nowadays, the technology is more cost-effective and all of the factors combined to make a lot of sense.

In addition, Stoll said that cameras were extremely helpful in solving the hit-and-run case earlier this semester.

“The camera quality is much better with the new system,” Stoll said. “Although we weren’t able to totally identify the suspect car with the first camera, we were able to switch to another camera and use that angle to get a better look. That process would’ve been much harder with our old system.”

Bohle and Stoll made sure to note that the project wouldn’t have been possible without GVPD Chief Brandon DeHaan, Rick Freehoffer FSP Coordinator of Information Systems and Technology, and Joel Van Ravenswaay from the Facilities maintenance staff.