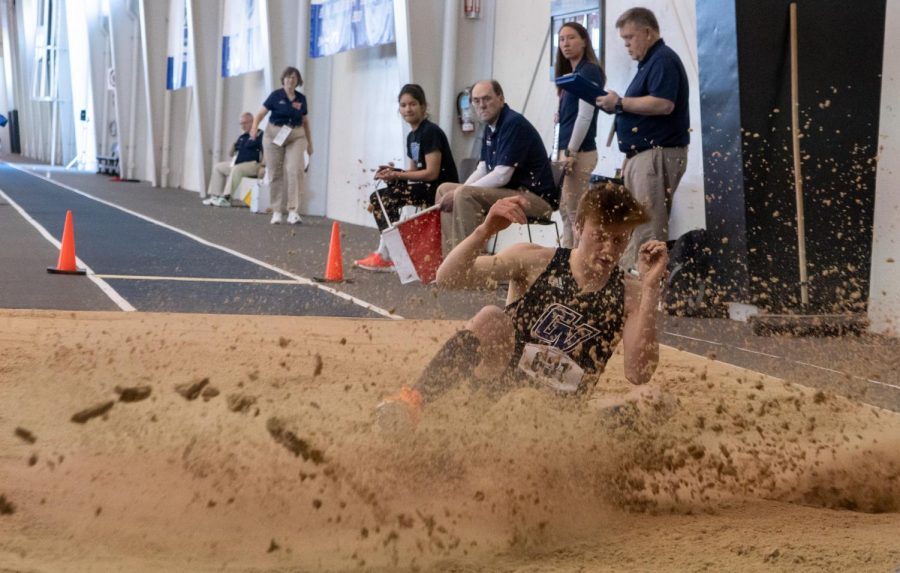 In an outstanding championship meet for the Grand Valley State track and field teams, both the men and women secured the first-place win over spring break in the GLIAC Championships. On both Saturday, Feb. 29 and Sunday, Mar 1, the GVSU athletes absolutely dominated the scoreboards, leaving the women with the first-place title on Saturday at 100.50 points and 242.50 points on Sunday. The men finished Saturday with a first-place title at 49 points and 208.50 on Sunday.

Out of the 17 events scored for both teams, there were 10 events with a Grand Valley State athlete in first place for the women, and nine for the men. Some highlights for the women were Nicole Sreenan and Angelica Floyd tasking first and second place in the 60-meter dash with times at 7.41 and 7.57, and then Sreenan in first and Floyd in third for the 200-meter dash at 23.84 and 24.96 respectively. In the 400-meter dash, Sarah Beulla and Jessica Eby took third and fourth with times at 56.60 and 56.64, followed by Abbey Clasen in seventh at 1.00.22. Molly McLaughlin took third in the 800-meter run with a time of 2.16.36 followed by Abby Crouch in fifth at 2.17.04.

The women also won the 4×400 relay at 3.44.47 with Jessica Eby, Sarah Beulla, Asia Smith and Nicole Sreenan. The women took third in the distance medley with a time of 11.54.94 with Abby Crouch, Abbey Clasen, Molly McLaughlin and Camryn Gabriel. The women slayed the pole vault taking first, second and third with Ellainne Kimes at 4.21, Carly Livingston at 3.95 and Kassidie Stimmel at 3.80. Angelica Floyd took second in the long jump at 5.68, Anna Obi took first in the triple jump at 11.70, Elizabeth Pyles took second in the shot put at 13.73 and Bobbie Goodwin took first in the weight throw at 20.88, followed by Franesha Robinson-Mitchell and Judith Essemiah in fourth and fifth.

In the 60-meter hurdles, Tyler Mansfield took second at 8.18 with Tyler Kirkwood at 8.20 right behind, and the men took second place in the 4×400 relay with a time of 3.13.61 with Alexander Porter, Daniel Walker, Jaylen Hasan and Andrew McFarland. In the distance medley the men took first at 9.55.37 with John Groendyk, Matt McLaughlin, Tyler Walters and Dennis Mbuta.

After an outstanding weekend for the Lakers, the track and field teams will be travelling to Birmingham, Alabama for the GLIAC Championships this weekend, March 13-14. With their scores over break, there is no doubt the team will make us proud and bring home some more first place titles.