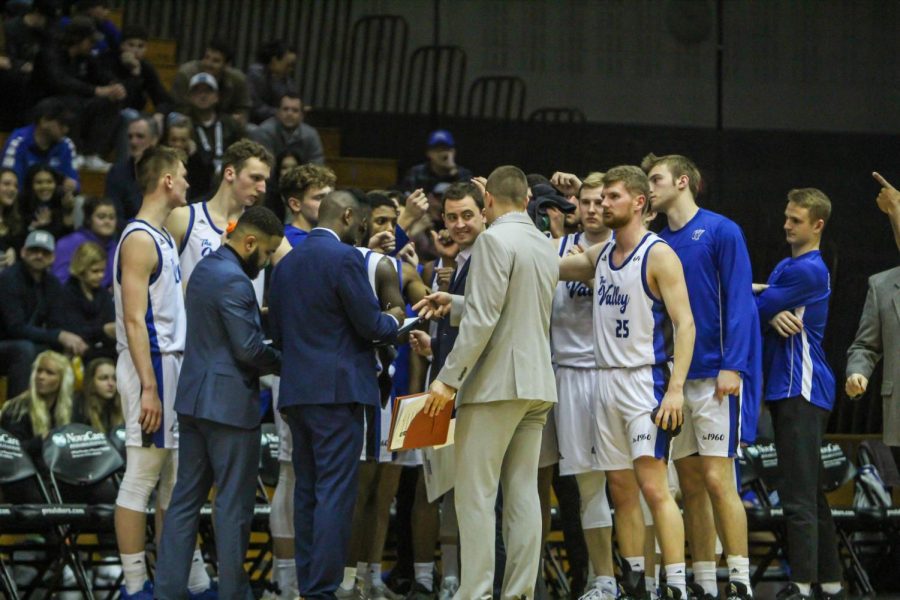 Following a GLIAC semi-final loss to the Michigan Tech Huskies, GVSU Men’s Basketball was in bittersweet spirits. While they knew they may have just played their final collegiate basketball game, they were confident that they would get an at-large bid in the DII NCAA tournament, since they were ranked fourth out of eight Midwest teams slotted to compete in March.

“It’s hard to imagine this is it,” Wesley said in last weekend’s post-game press conference. “To win the (GLIAC) South division, to get to the semifinal in the conference tournament, the number of wins we had — if that’s not good enough to get a bid, then our league needs to think long and hard about what we’re doing. I would argue Ferris, us and Michigan Tech are some of the top 64 teams in the country. I don’t think this is the end for us.”

Much to the surprise of the GVSU men’s basketball team and those who follow them, when the bracket was revealed late Sunday night prior to the cancellations due to concerns of COVID-19, the Lakers were left without a seat at the table and no room on the floor at the big dance.

Despite the shocking ending, the 2019-20 season for GVSU basketball has a lot of positive takeaways. The awards came flying in for GVSU basketball players last week, with junior Jake Van Tubbergen earning an all-GLIAC first team and senior Jeremiah Ferguson and junior Christian Negron earning spots on the all-conference second team. Negron also was awarded for his defensive prowess, as the GLIAC leader in blocks per game (2.6) also earned a bid on the GLIAC all-defensive team.

Those all-conference were not the only honors that Van Tubbergen took home, as he brought home the hardware with a spot on first team All-Region announced on Tuesday. The Holland, Michigan native led all Lakers with 18.1 points per game and 10.2 rebounds per game.

What a year for @jake_vant!

The Lakers were also dominant in the classroom as three Lakers — sophomore Luke Hyde (Film & Video major), junior Steven Lloyd (Finance) and senior Ben Lubitz (Nursing) — were all named academic All-Americans by the GLIAC on Thursday.

While Lubitz should be honored to receive the award, it sunk in for seniors Lubitz, Ferguson and Jayden Hodgson after last Saturday’s loss that they may have played their last college basketball game ever.

“It’s been the best season of my career. I left (Bradley University) where it was a lot of fun, but I wanted to play my game here and have more freedom. Even though we didn’t win a championship and it may not have ended how we wanted. With the faith that my teammates and the coaching staff has put into me, this is going to be remembered as my best year of college basketball.”

While he certainly can’t wait to fight for an NCAA tournament bid next season, Negron, who played on the Loyola-Chicago Final Four team in 2018,  reflected on this positively, mentioning that he has found a home here in Allendale.

“As far as college basketball goes, this is the most moments I’ve played in a season, this is why I came here,” Negron said. “I always feel like we could have left more out there, but looking back on this season, I’m going to remember all the times we pulled together as a team, how close I got with these guys, a lot of good memories outweighed our lows.”

GVSU Men’s Basketball finished the season with a 23-7 overall record, a 15-5 record in conference giving them a first place finish in the regular season for the GLIAC south, and an appearance in the 2020 GLIAC semi-final.