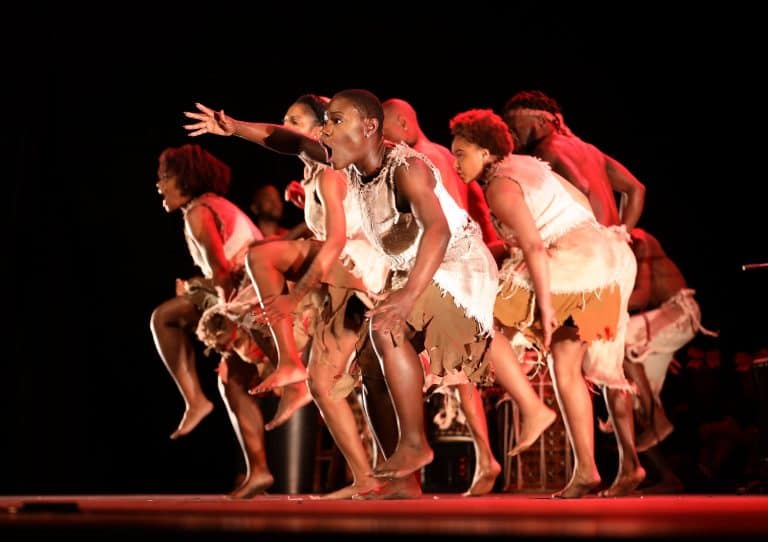 The GVSU Intercultural Festival put on by the Campus Activities Board (CAB) has been taking place since 2005, but began with similar celebrations in 1963 at Grand Valley State College. It emphasizes the diversity of students by recognizing that each student belongs to their own culture and that it should be celebrated.

The festival typically includes food, displays, music, dance and the opportunity for students to walk away with new knowledge of and respect for other cultures.

This year, the outcome of the festival is unknown, as GVSU is converting to remote teaching methods from March 16-29 to avoid large lectures or group events in order to help prevent the spread of COVID-19.

As part of the Intercultural Festival, GVSU CAB had planned on inviting Step Afrika, the first professional company in the world dedicated to the tradition of stepping, to perform on campus when they saw them at the National Association for Campus Activities.

Brian Williams, the Founder of Step Afrika, said it is one of the largest African American dance companies in the world. Together, they have toured over 60 countries and almost every state in the U.S., as well as supported about 30,000 children every year with their arts education programs.

Williams said touring universities is always very special for the team, as the dance form of step originated in African American fraternities and sororities on college campuses.

“Our goal is to preserve and promote the art form of stepping and to highlight its use as an educational and motivational tool for young children,” Williams said. “We go there, connect with students, and share our love. It’s all about connecting with and meeting the students. It’s always exciting to bring the art form back to the place where the tradition was born and to have the students show us what they have as well.”

While there are currently no announced plans for the event originally scheduled for March 20, CAB has provided some resources that are available online.