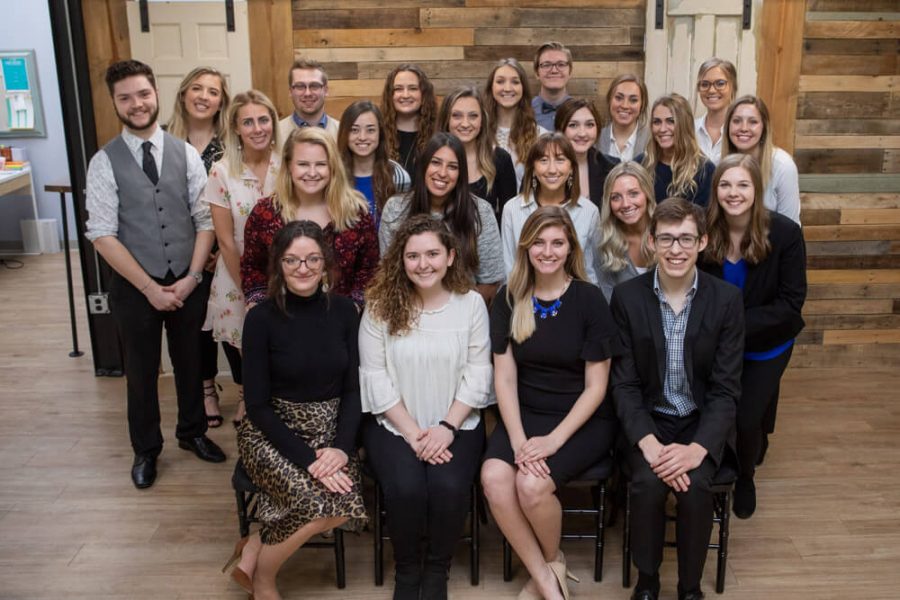 The CreateAthon, the biggest event of the year for Grand Valley State University’s student-run PR firm, GrandPR, was scheduled to be held last weekend. Members of the firm were gearing up to create advertisement campaigns for six different Grand Rapids nonprofits in under 24 hours. Students like junior Kady Volmering have been planning for it all semester.

“I’m definitely looking forward to seeing and being with all my friends for 24 hours,” Volmering said on March 11. “GrandPR is filled with such creative and smart students that pretty much can tackle anything.”

Just hours later, the team had to tackle something they never would have dreamed of.

Later that day, GVSU made the decision to follow suit with public universities across the state and make the switch to remote learning due to the spread of COVID-19. Students were told to pack up their bags and go home if they were able, and events across campus were cancelled in order to practice social distancing. CreateAthon was one of those events.

“It’s pretty heartbreaking,” Volmering said in a text message. “We all worked so hard on planning this event and dedicated a lot of hours to making it the best it could be.”

The CEO of GrandPR, senior Emily Gagnon, said this decision was not taken lightly.

“Within an hour of the university closing, we had roundtable discussions with members of our leadership team and our advisor to devise a crisis response of our own and to create a strategy for all of our activities based on the information we had at hand considering a multitude of variables,” said Gagnon via email.

Ultimately, they felt it was in everyone’s best interest to cancel the event. Gagnon gave credit to GrandPR’s members who were “supportive and understanding” of the decision.

“As public relations students, we are trained to be flexible, proactive and adapt to issues as they arise,” Gagnon said.

This was the third consecutive year GrandPR, which formed in 2007, was chosen to host a CreateAthon, the likes of which are hosted across the country by different public relations firms. Student-run firms are rarely chosen to be a part of the event and Volmering would have been participating for the first time.

“Basically,” Volmering said, “it’s just about getting that experience, being a part of CreateAthon… and giving back to the community that we’re a part of.”

Gagnon said the six non-profits the team had planned on creating campaigns for pro-bono have been understanding of the circumstances.

“We want to honor our commitment to these organizations,” Gagnon said, saying that they’ll reach out to the organizations again next year.

In the meantime, GrandPR isn’t slowing down. They plan on continuing to work on other projects, including ones with GVSU’s Disability Support Resources, 77 IdeaLab and the Student Success Network.

“While we are disappointed that we are unable to work with our amazing clients, this has left us more prepared and ready to hit the ground running for CreateAthon 2021,” Gagnon said.