Cast reacts to cancellation of ‘Playboy of the Western World’ 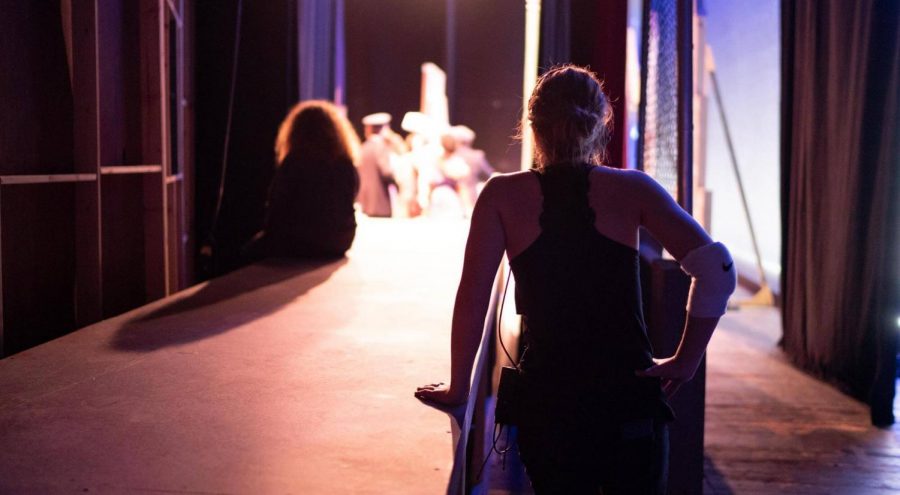 Due to the COVID-19 pandemic, the Theatre Department had to cancel their spring play, “The Playboy of the Western World.” Opening night was set to be Friday, March 27 and the final production was set to take place on Sunday, April 5.

“The Playboy of the Western World” takes place on the west coast of Ireland and tells the story of a young man running away from his farm who claims to have killed his father. The Theatre faculty, along with the Theatre capstone class were responsible for selecting this play.

Given that the production was supposed to be performed approximately two weeks after GVSU announced that classes will be taught remotely for the rest of the semester, those involved were already several weeks into production when it was canceled.

Despite all of the hard work put in by both cast and crew, “The Playboy of the Western World” will be scrapped altogether, and not be rescheduled for the next academic year.

“We will have a new season of plays, and some of the actors are graduating,” said Associate Professor of Theatre and coordinator for the Theatre program James Bell. “There’s really no way to restage or reschedule with the academic year finishing.”

Bell acknowledged the disappointment of the cast and crew upon the cancellation.

“We are certainly very disappointed, but we understand the reasoning behind the campus and now state closings,” Bell said. “With something like theatre, you need live actors and a live audience, and that is just not possible right now.”

Sophomore theatre major Trenton Wahr was set to play Philly Cullen in “The Playboy of the Western World.” Wahr described Cullen as also “a town drunk who’s inseparable from his good friend Jimmy Farrell (set to be played by GVSU student Henry Morris).”

Wahr described how he and his fellow performers are feeling about no longer being able to put on the production.

“I’m pretty disheartened by the cancellation of the show not just for myself, but for my fellow actors and crew that have already put in countless hours,” Wahr said.

Both reflected on what they were most looking forward to for the production. Bell said that because he lived in Ireland for two years and had previously seen a production of the play where it was first performed in 1907 at the Abbey Theatre in Dublin, Ireland, it was his connection with the play he was most excited about.

“I was most looking forward to putting this show in front of an audience, which is what I look forward to in any show,” Wahr said. “A play is nothing without the crowd there watching,” he added.

Wahr said that the uniqueness of “The Playboy of the Western World” in comparison to other plays that have been put on by GVSU was another reason he was looking forward to putting on the production.

“I don’t believe we have had a show like this one at Grand Valley for a long time and I was very excited to see the reaction it got and to play off that reaction in a live setting,” Wahr said.

Wahr said that he really enjoyed working with Director Michael Empson and hopes he gets a chance to work with him again in the future.

Bell would like to thank everyone who put hard work into this production.

“We are planning on and looking forward to being back in action in the fall,” Bell said.