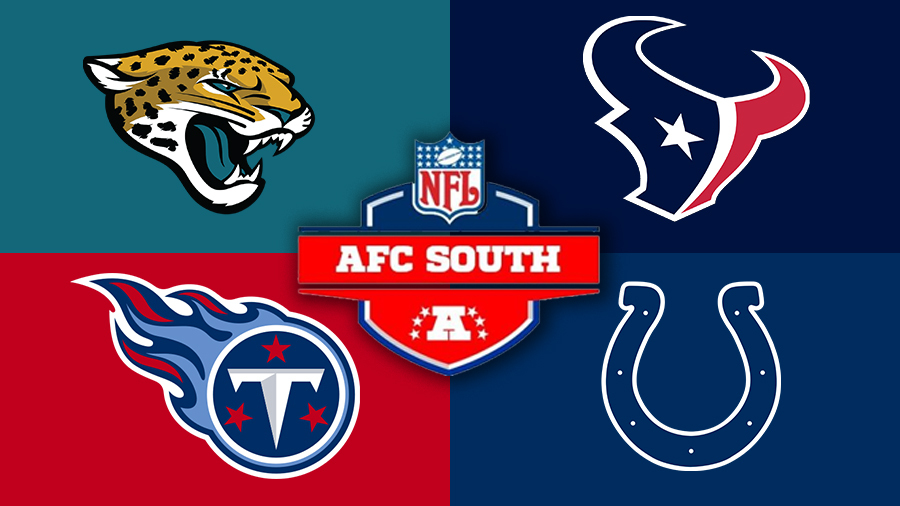 HOUSTON TEXANS: The Houston Texans proved this offseason why it’s never a great idea to have your head coach also be general manager for the team.

Bill O’Brien kicked off the off-season  by trading star wide receiver DeAndre Hopkins to the Arizona Cardinals. Hopkins is arguably the best receiver in the league, and the Texans didn’t even receive a first round pick for him in this year’s draft. Instead, the team got a second round pick and David Johnson in return for Hopkins and a fourth rounder. David Johnson has severely declined in the past few years after making the Pro Bowl in 2016. Johnson fell out of the Cardinals rotation last year after they brought in Kenyan Drake to take over as lead back.

Last week the Texans attempted to fill the hole have at wide receiver by trading their own second round pick in the draft to the Los Angeles Rams for Brandin Cooks. Cooks has been a stud in the league ever since his sophomore year in New Orleans. Last year however, he struggled with concussion issues, limiting him to only 42 receptions. Cooks has had five known concussions in his six years in the league, and the Texans will be his fourth team he’s played for. Cooks is a great receiver when healthy, but being healthy in 2020 is the big question.

Another factor in the Cooks trade is his contact. O’Brien and the Texans were not willing to give Hopkins the huge contract extension he was seeking.  Johnson’s cap hit is $11 million this year and is still under contract for next season. Cooks will be making $8 million this year and has four years remaining on his contract. Hopkins is making $12.5 million this year and has three years under contract. The Texans are spending more than seven million dollars more this year without Hopkins on the team, essentially acquiring Johnson and Cooks for him. Even if the Cardinals give Hopkins a big extension, Houston won’t be saving enough money to justify shipping out the star receiver.

The Texans also brought in wide receiver Randall Cobb for a three-year $27 million deal. The 29 year old reciever and caught 55 passes last year for 828 yards. Cobb’s deal is one of the biggest overpays so far in free agency, as the veteran receiver will be the fourth wide out on the depth chart behind Cooks, Will Fuller, and Kenny Stills. Houston brought back TE Darren Fells to a cheap, two-year $7 million deal, after catching 7 touchdowns for the team last year. The Texans also signed defensive tackle Timmy Jernigan, likely to replace DT D.J. Reader. Houston also re-signed cornerback Vernon Hargreaves and Bradley Roby.

The Houston Texans lost a star wide receiver on offense and gained two injury ridden players on expensive contracts. The team also re-signed some players in the secondary, but the loss of Reader and another year about to take a toll on an aging defense, the team took a step backwards. STOCK DOWN.

INDIANAPOLIS COLTS: The Indianapolis Colts acquired their prize possession of the offseason in quarterback Phillip Rivers. Leading up to free agency, it seemed like the Colts were going to offer Rivers a contract. They agreed to terms to a one year-$25 million deal. The Chargers struggled during Rivers last season with the team. The 38-year-old QB threw for 4,615 yards, 23 touchdowns, and 20 interceptions. The Colts have one of the best offensive lines in the league to protect Rivers and may be able to squeese the last bit of good football he has in him.

The Colts traded for defensive tackle DeForest Buckner from the San Francisco 49ers. Indianapolis gave up the 13th overall pick in this year’s draft, and signed Buckner to a huge extension. Buckner had 62 tackles and 7.5 sacks in San Francisco, helping the defense reach the Super Bowl. The Colts rewarded him with a 4 year-$84 million extension, making him tied for the second highest paid defensive lineman in the league. Indianapolis improved their biggest hole on defense, and with hardly any other weak spots on the team, losing their first rounder won’t hurt the team too much. Giving up a player under team control for the next five years on a cheap contract for a highly paid veteran shows that the Colts intend to make a Super Bowl run for the foreseeable future.

Indianapolis also re-signed offensive tackle Anthony Castonzo to a two year-$33 million dollar deal keeping the offensive line intact. The team also took a chance on former Pro Bowler cornerback Xavier Rhodes from the Vikings. Rhodes was one of the lowest rated cornerbacks by Pro Football Focus last season having legitimate struggles in the secondary. Bringing Rhodes in on a $3-million dollar deal for one year is a cheap contract and low risk for a player who could improve his play on a different team. The Colts did lose WR Devin Funchess to the Packers, TE Eric Ebron to the Steelers, and CB Pierre Desir to the Jets. Even with these losses however, the team kept the offensive front together and significantly improved the defensive line. STOCK UP.

JACKSONVILLE JAGUARS: The Jaguars were in a tough spot at the beginning of free agency. Jacksonville had a terrible salary cap situation, with about $10 million to spend on a team that finished last in the division and has several holes to fill. Jacksonville had only one choice, ship out pricey veterans to have cap flexibility and rebuild.

That’s exactly what the Jaguars did. The departures began with shipping out former All-Pro cornerback A.J. Bouye to the Denver Broncos for a fourth round pick. Next came another former All-Pro player in defensive end Calais Campbell to Baltimore for a fifth round pick. Lastly, Jacksonville traded former Super Bowl MVP quarterback Nick Foles to the Chicago Bears for a fourth round pick, one year after signing him in free agency to a $88 million deal.

Jacksonville didn’t get any high draft picks in return for these players as many thought they should. The Jaguars were a team in desperation for salary cap space, however, and weren’t in a great negotiating position to get much more in returns. The Foles trade is the most troubling for Jacksonville, as the team paid him $30.5 million dollars to appear in seven games. That stat alone sums up the Jaguars quarterback situation for the entirety of the franchise’s existence.

With more cap space the Jaguars signed tight end Tyler Eifert to a two year-$15.5 million deal. The former Bengals tight end is an excellent receiver when healthy, but has only started only six games in the last three seasons and is  is a little too pricey for a player who hasn’t shown the ability to stay healthy. Jacksonville also replaced middle linebacker Jack Ryan with LB Joe Schobert from the Cleveland Browns. Schobert had 133 tackles last year with 4 interceptions and the Jaguars landed him with a five year-$53.75 million deal. Schobert is a quality NFL starter in the middle of the defense but he’s pretty expensive for a team with little cap space and is rebuilding.

Jacksonville placed the franchise tag on defensive end Yannick Ngakoue. Ngakoue is one of the most underrated pass rushers in the league. He’s looking for an extension instead of playing 2020 on the tag and this might lead the Jaguars to trade him, possibly during the draft.

After a flurry of trades the Jaguars escaped salary cap complications in the draft and have made the team younger. With two first round picks in this year’s draft after the midseason Jalen Ramsey trade, Jacksonville should be able to acquire two talented young players and will be a team improving for the next few years to come. In 2020, however, the team will be towards the bottom of the AFC standings. STOCK DOWN.

TENNESSEE TITANS: The Titans were the NFL’s feel good team of 2019. Tennessee surprisingly made the AFC championship game with excellent defense, great coaching, and running back juggernaut Derrick Henry.

The Titans came into free agency after their success last year in a perplexing situation. Henry was coming off the final year of his rookie deal and was looking for a new big contract. Quarterback Ryan Tannehill, who saved the team after replacing Marcus Mariota midseason, was also looking for a new deal.

The Titans were able to bring back both players. Tannehill was brought back on a four year-$118 million contract. It is an extremely expensive contract for a player who was thought to be a game manager last season in a run-heavy offense. Tannehill threw for 2,742 yards, 22 touchdowns, with a 70.3 completion percentage in 12 games. If Tennessee believes Tannehill is the franchise guy and the team will have similar success this season, then the contract will be justifiable

The Titans bringing back Henry on the franchise tag was a great decision. Henry was unstoppable for the latter part of the 2019 season, running through the team for 1,540 yards and 16 TD’s. Paying running backs huge second contracts hasn’t worked out for NFL teams the past several seasons. Look at David Johnson, Todd Gurley and Devonta Freeman,who were cut or traded and on new teams this season. Henry may not be happy playing on a one-year deal, but the Titans made the right decision playing it safe with the RB.

In other moves Tennessee brought in LB Vic Beasley to a one year $9.5 million dollar deal. Beasley hasn’t been able to live up to his 15.5 sack season in 2016, but had his best pass rushing season since then last year. In 2019, Beasley racked up 8 sacks and on a one year deal, he’ll be able to prove his worth to the Titans if he can compete at that level again.

Tennessee did lose some key players in free agency as well. The Titans will be without CB Logan Ryan and traded DT Jurrell Casey to the Broncos for a seventh round pick in a very questionable move. The Titans also lost Jack Conklin on the offensive line and it will be difficult to replace him. Tenneesse was able to bring back the two players they needed to the most in Henry and Tannehill and should be praised for doing so. However, in tying up so much money to those two players, the team lost some veterans on defense and the offensive line. Tennessee didn’t do enough to replace these players, and still have holes on the roster. STOCK DOWN.