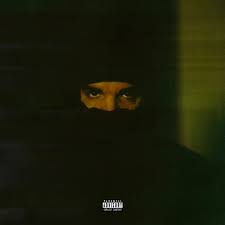 When I first saw the artist formerly known as Aubrey Graham post on his Instagram page that a mixtape was dropping early Friday morning , I kept my expectations low as many Drake stans do these days.

What I was expecting when I first went to listen to the album was some generic beats and empty lyrics that are mainly just viewed as Songs for Summer. I was expecting Drake to ignore his feelings and simply brag about his riches and mistresses. I was expecting Drake to harp on his ‘Started from the Bottom’ moniker that has oversaturated his persona with it’s story told thousands of times. I was half-expecting this to be Drake’s last project, as after ‘Care Package’ was released last year, some fans speculated that this was Drake’s move to get all of his lesser known tracks into the public conscious before riding into the sunset in Toronto.

Thankfully for myself and the rest of his fanatics, he did not disappoint with his newest mixtape. Dark Lanes Demo Tapes, a title signifying that he is attempting to turn heel on his persona as your Mom’s favorite rapper, is not what I was expecting. With the exception of “Toosie Slide”, which has some clever lyrics but was ultimately a song made for Tik Tok, there are no summer anthems, not very many hooks, and no attempts at Drake simply trying to go viral rather than make quality music, which critics have bashed him for for years.

His first release of new music since the relative flop that was 2018’s Scorpion, Drake touches into his emotional side and proves the hypothesis that many of his die-hard fans knew to be true: Drake is at his best when he’s sad and mopey. He’s not a “gang-banger” who has a rap sheet the size of a CVS receipt, and he’s not a soulful singer with battles of strife similar to a Blues vocalist, but this is the first time in a while that he doesn’t try to be those things.

On this new mixtape, Drake is singing about typical things that pain Drizzy, like failed relationships (“Time Flies”), friends who weren’t loyal (“Losses”), his wealth (“Deep Pockets”), and his general greatness (“When to Say When”). It can get old to some, but this mixtape has past projects that helped him to his meteoric rise like Take Care, Nothing was the Same, and If You’re Reading This, It’s Too Late, written all over it.

“Losses” is the standout track on the project, featuring the best line of the project (“You was supposed to grow some wings, get your own pair/We started this from the bottom, now you alone there/Sh*t, you treat it like it’s home there”). It appears to be Drake’s take on “Real Friends”, the most underrated track on Kanye West’s The Life of Pablo.

Tracks such as “Desires” and “D4L” will definitely get more radio play due to some masterful cameos from Future and Young Thug. With the exception of Playboi Carti on “1993”, who legitimately sounds like Alvin and the Chipmunks trying to rap inside of a blender, every feature on this piece is well-done, with artful lyrics and a distinct beat, as the inclusion of young artists like Giveon, Fivio Foreign and Sosa Geek prove that Drake has his finger on the pulse of what’s catchy, yet innovative in the 2020 landscape of rap music.

While this mixtape doesn’t have a clear theme and the songs fit together like square pegs in a round hole, that appears to be an intentional stylistic choice due to marketability. Labeling this album as songs that didn’t make the cut into Drake’s upcoming summer project is brilliant.

With all these songs being distinctly unique with different themes and beat styles, it’s clear that the OVO team are waiting to see how the public reacts to this project and adjust accordingly, which is about as smart of a marketing strategy as they come in the rap universe. It’s like Drake is the sweet old lady handing out free bites of a new sausage at a midwest Costco superstore, but only if that lady was making tens of millions of dollars off of those samples.

This mixtape crushes the retirement rumors and proves that Drake is the most powerful musical artist in the world for a reason: Whether you love him or hate him, it’s clear that Drake has been listening to his doubters and has adjusted accordingly. He can still make summer bangers while getting introspective and remaining eternally relatable, being the poster boy for young men everywhere trying to get over “the one that got away” because they got in their own way.