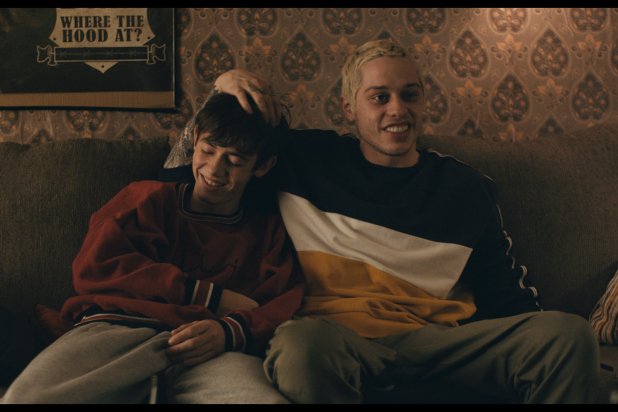 During this quarantine, pretty much the entire country has been trapped in their house, scrolling through their twitter timeline and learning how to bake various things. In the time spent not worrying about this pandemic, I got to watch a lot of quality movies or read a few amazing books. Every movie on this list is available on either Netflix or Hulu, all you got to do is steal your roommates password or something. In an effort to keep myself pre-occupied, I have written a series of reviews of these movies, all of which are 19 words or less. Because hey, what else am I going to do with no sports being on?

If you have a 19-word review of a movie you love that you think would make a great addition to a future volume of this column, simply email it to [email protected] Stay safe out there, fellow home bodies.

Pete Davidson is a very convincing burnout and hilarious, Griffin Gluck breakout movie, this is your brain on drugs

Underrated rom com, The girl was hilarious and the guy was meh, Ed Begley Jr is a great dad

Clever concept, Jokes aren’t great but storyline is, why is every guy in these movies kind of an asshole? #Journalism

A lot of comics try to be offensive for shock value. Segura does it but he’s a freaking genius

So captivating. Characterization through lawsuits is smart. Jesse Eisenberg is a lovable prick. How do people code when drunk???

Olivia Wilde is solid, I love the guy from new girl, but how do you cheat on Anna Kendrick?

The perks of being a Wall Flower

Emma Watson is captivating, this movie will make you cry, I hope to one day find my tunnel song

Pro tip: don’t wear a suit to a baseball game and remember their favorites. Fall in love over pizza

Confusing plot , Ed Helms is great at being awkward, Taraji P. Henson is way too good for this movie

Makes you rethink the way you think of success. Canadian parents need to procreate in April for Hockey’s sake

Angelina Jolie is a badass, but even she must be in pain after jumping into water from an airplane

Seth Rogen is hilarious, isn’t great at being an asshole, the action is decent, and the tech is sick

Jessica Chastain’s performance is subtle but remarkable. This movie makes you want to play poker, Idris Elba is brilliant

Jamie Foxx should have gotten all the awards, Leo is perfect foil, you can’t take eyes off the screen

(I know it’s 18, but they both have contractions, so I’m counting them each as 1.5 words, so the math works out)

An accurate depiction of middle school and its friendships, and the bean bag boys could be future comedy stars

The Tipping Point by Malcolm Gladwell

Reading about social epidemics is a great distraction from an actual pandemic. Also, we  should’ve watched Blues Clues more

A lot of smart, fast, quips. I want to watch anything Issa Rae and/or Kumail Nanjiani are in