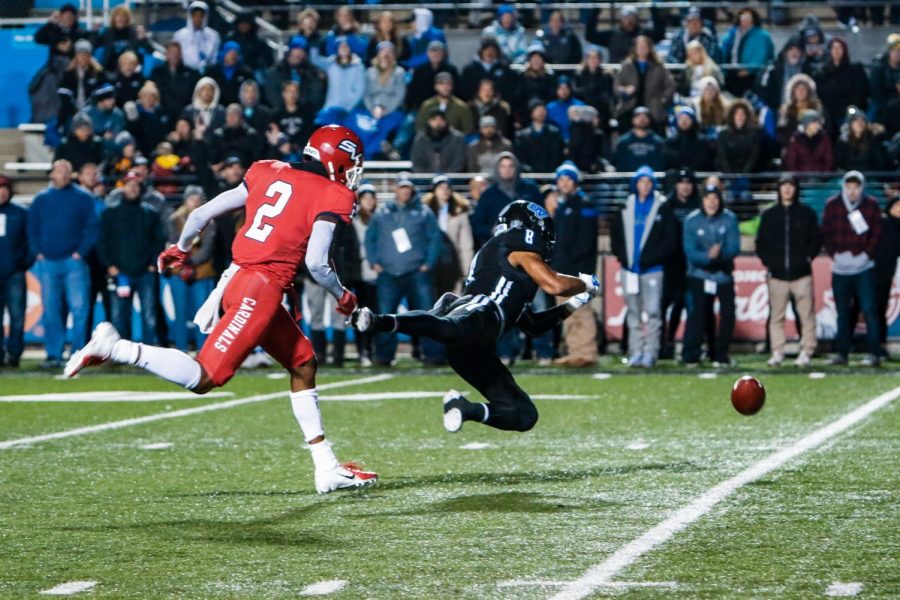 More sad news has developed regarding Grand Valley State University’s fall sports for 2020. As of Aug. 5, the Division II Presidents Council has decided to cancel all seven fall sport championships. Championships may be postponed until the spring to ensure the health and safety of players, or be outright eliminated.

While he has been trying to stay optimistic for most of the Summer, GVSU football head coach Matt Mitchell has been coming to grasps with the somber news.

“I do not think we’re going to be playing this year,” Mitchell said. “You try to stay optimistic, but it feels like the writing has been on the wall.”

There were several factors that affected the difficult decision the Presidents Council made. One of the most important aspects was the logistical side of maintaining player and coaching staff health during the season.

Division II teams were required to apply the resocialization principles set by the NCAA to sustain player safety as the COVID-19 outbreak surges. These principles include daily self-health checks, wearing masks, social distancing, outdoor practices and individuals with high-risk exposure quarantining for 14 days.

The league also dictated that if 50% of the conferences decided to suspend their seasons, no championships would take place. As it stands now, 11 of the 23 Division II conferences have concluded they will not compete in the 2020 seasons. With less than barley half of the conferences postponing fall sports, the Presidents Council went forward to revoke championship games.

While this decision is heartbreaking to players who have been competing for championships their entire collegiate career, the NCAA has made it a priority to extend student eligibility to those whose seasons were cancelled.

The Division II Administrative Committee approved waivers to allow students to maintain their year of eligibility if their team completes 50% or less of their season, which Mitchell was relived to hear.

“I’ve been in touch with the players, and they’re disappointed too,” Mitchell said. “They all will get another year of eligibility, it’s just a matter of what they want to do with it.”

Division II athletes have the choice of deciding to compete in the 2020 season or not. If they determine not to compete, athletes can receive an extension of their eligibility.

The decision to cancel fall sport championships was not easily made by the Division II Presidents Council. The verdict may be devastating to players and coaches around the league, but the decision may be a necessary one based on financial and logistical reasons.

GVSU football will stay ready in for when the sport they love is eventually played again, whenever that day may be.

“Hopefully there’s spring football, and our guys will keep grinding and working out as much as is safely possible,” Mitchell said. “But there will probably be no GVSU football in 2020.”